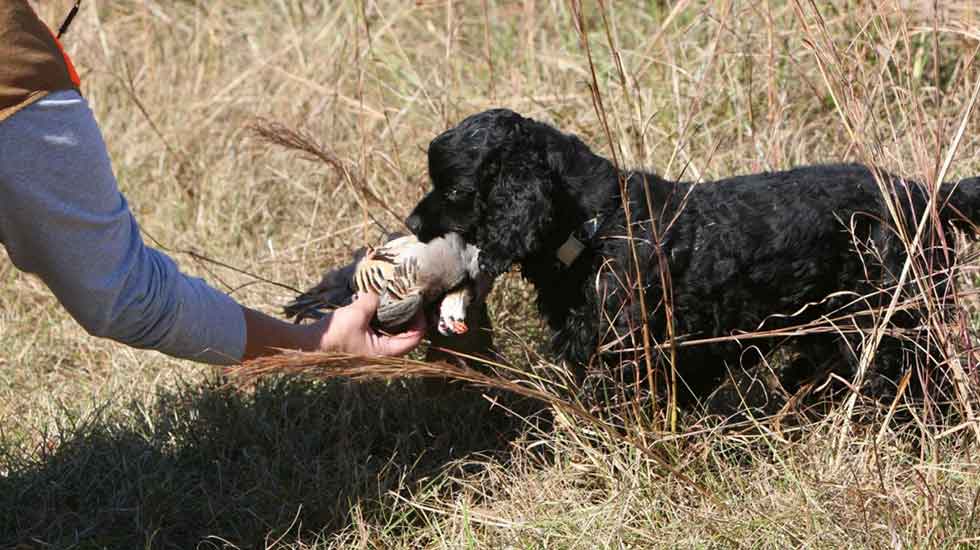 The concept of the Spaniel Hunting Test began as a request for an AKC sanctioned event to be known as the “Spaniel Gun Dog Qualification.” It had been recommended that AKC sanction Spaniel breed specialty clubs to hold these tests for the purpose of gauging a dog’s natural abilities during demands of actual hunting conditions.

Over the next few years interest grew steadily with new clubs running events every year. In 1996 (the first year records are available) 69 events were held with 145 titles awarded from the 7 recognized Spaniel breeds. Those breeds were the English Springer, Welsh Springer, English Cocker, American Cocker, Field, Sussex, and Clumber Spaniels. In 2005 American Water Spaniels and in 2006 the Boykin Spaniels were added bring the total breeds being tested to nine.

In the ten year period from 1996 thru 2005 an average of 78 Hunting Tests per year were held with an average of 171 titles per year awarded. The highest number of titles was awarded in 2004 totaling two hundred thirty, including 92 Juniors, 93 Seniors, and 45 Masters. English Springer Spaniels lead the pack in titles earned with just over two thirds of all titles. During that period 1710 titles were earned at 781 events. On June 1, 2005 the American Water Spaniel became eligible with 6 junior titles awarded before the end of the year. On January 1, 2006 the Boykin Spaniel became eligible and at least 2 Juniors, 2 Seniors, and 1 Master were awarded in the first nine months.