What Does it Really Mean to be a Terrier Anyway? 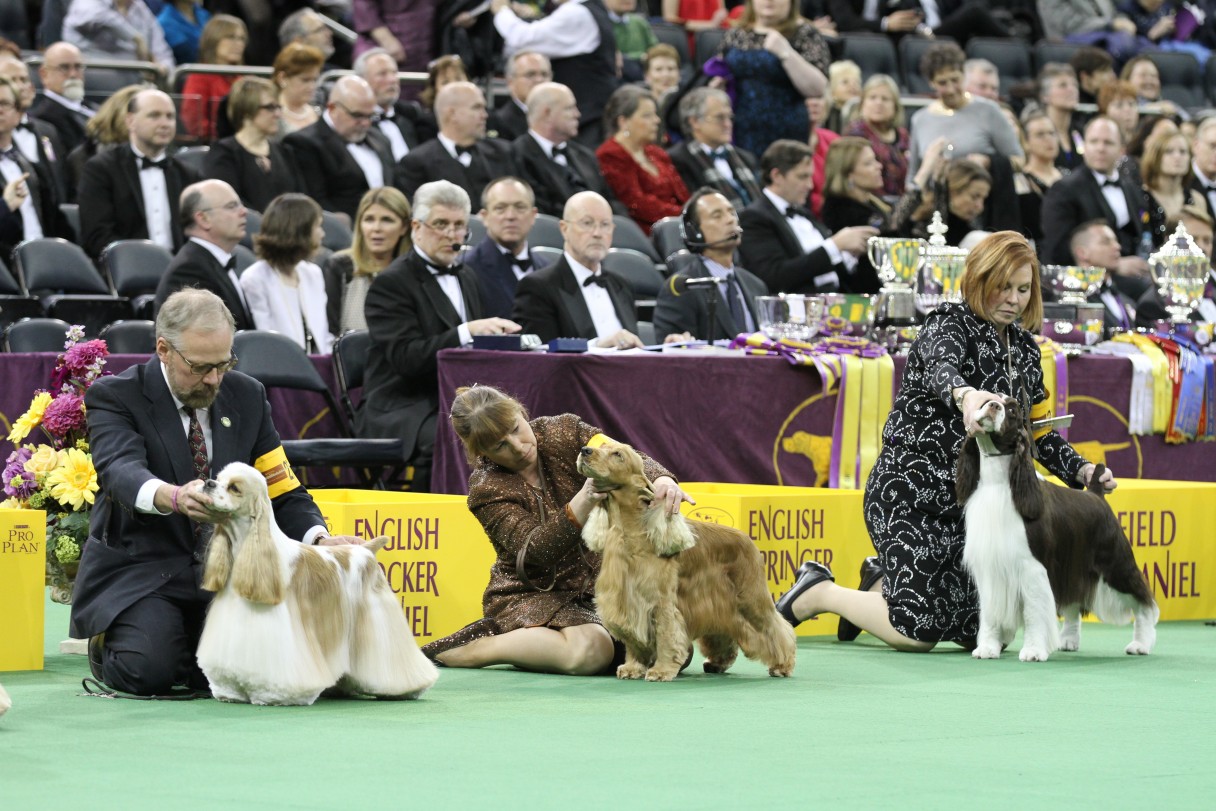 We often hear dog shows accused of being nothing but “beauty contests.” In reality, they’re organized more like job fairs.

At AKC shows, dogs are exhibited in seven groups organized by the original work the breeds were created to do. The dog judged best in each group becomes one of the final seven to vie for Best in Show.

Here’s a thumbnail roundup of the AKC breed groups:

Breeds in this group were created to assist hunters on feathered game. Retrievers, built for swimming, specialize on waterfowl. The hunting grounds of setters, spaniels, and pointing breeds are grasslands where quail, pheasant, and other tasty game birds nest.

And 3 You Might Not: Nova Scotia Duck Tolling Retriever, Curly-Coated Retriever, Irish Red and White Setter

All hound breeds pursue warm-blooded quarry. The sleek, long-legged sighthounds use explosive speed and wide vision to chase swift prey, like jackrabbits and antelope. Tough, durable scenthounds rely on their powerful noses to trail anything from a raccoon to an escaped convict.

And 3 You Might Not: Harrier, Portuguese Podengo Pequeno, Treeing Walker Coonhound

These are dogkind’s punch-the-clock, blue-collar workers. They pull sleds and carts, do rescue work, guard flocks and homes, and protect their humans.

And 3 You Might Not: Cesky Terrier, Glen of Imaal Terrier, Dandie Dinmont Terrier

They come in enough shapes and coat types to satisfy any preference, but all toy dogs are small enough to fit comfortably in the lap of their adored humans. In a way, toys are “working dogs”—they work at being attentive, affectionate companions.

And 3 You Might Not: English Toy Spaniel, Silky Terrier, Toy Fox Terrier

These breeds have two things in common: wet noses and four legs. After that, this group is a patchwork of breeds whose job descriptions defy categorization in the six other groups.

And 3 You Might Not: Coton de Tulear, Löwchen, Xoloitzcuintli

And 3 You Might Not: Icelandic Sheepdog, Pyrenean Shepherd, Swedish Vallhund