Georgina Bloomberg to Evacuate Dogs from Florida on Her Private Plane 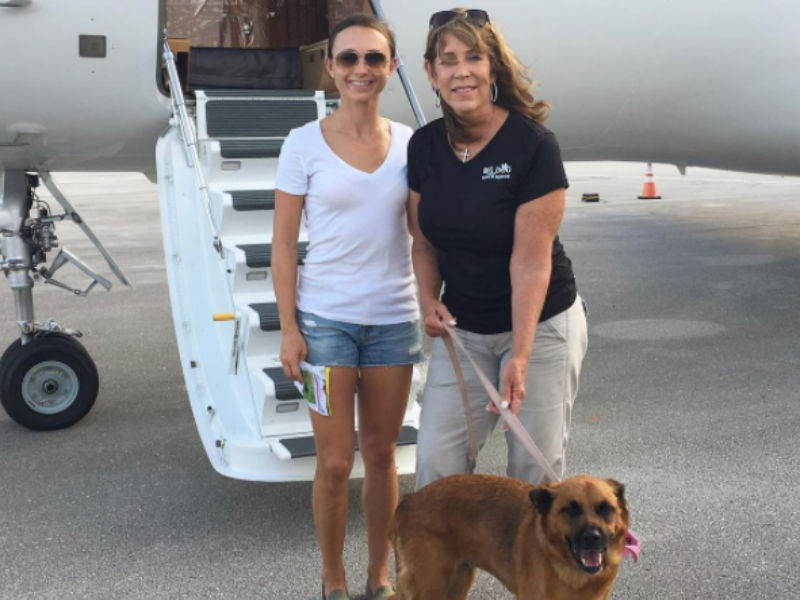 In anticipation of Hurricane Irma, 40 dogs are being flown to New York on Georgina Bloomberg’s private plane, the Washington Post reports.

The dogs currently reside at Big Dog Rescue shelter in Loxahatchee, Florida. President and founder of the shelter, Lauree Simmons, told the Post that they were driving a van to get the dogs and then they would be transported to the Bloomberg’s private plane at the Palm Beach County Airport. Bloomberg’s father has a home in a town nearby and she chairs fundraisers for Big Dog Rescue Shelter.

After Hurricane Harvey hit Texas, the Big Dog staff went to Houston and rescued 60 dogs from the floods. Now, they’re preparing for Irma and thankful to Bloomberg for her generous help.

Bloomberg has been posting on her social media since Harvey of the work she’s been doing to help animals.

For more information on Hurricane Irma, check out our article on everything dog owners need to know. This article is constantly being updated with new information.