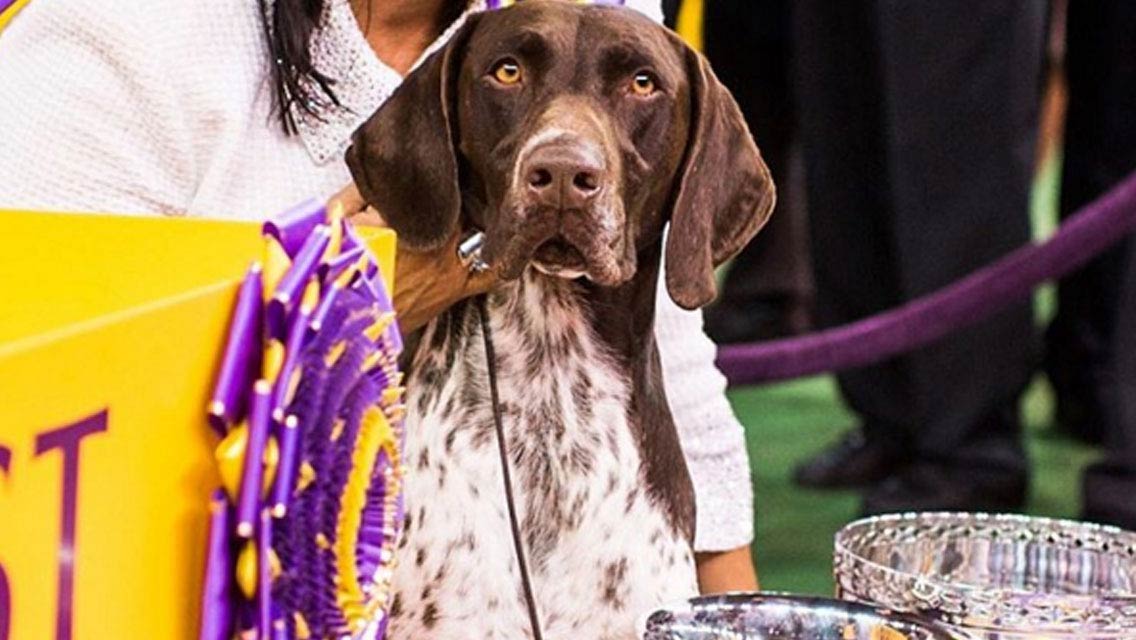 Every year the Westminster Kennel Club Dog Show comes to New York City to celebrate dogs, breeders, owners, handlers, and all others who are a part of a dog's journey.

This year we had some wonderful moments, made some history, and crowned another champion.

Come with us as we take a walk through a dog's biggest nights.

Monday, 6:59 PM
Madison Square Garden was ready, waiting in eager anticipation for the fans and, more importantly, the dogs to arrive.

.@TheGarden is empty for now, but will soon be packed full of fans, and most importantly, dogs! #WKCDogShow pic.twitter.com/4Z07ctLwJu

Monday, 8:05 PM
A beautiful rendition of the national anthem kicked off the evening.

.@harlemgospel rang in the Show with a stunning rendition of the National Anthem. #WKCDogShow pic.twitter.com/mL3f501jly

Monday, 8:22 PM
Before the groups got started, we asked you who you were most excited to see and you told us.

Which breed group are you most excited to see tonight? #WKCDogShow

Monday, 8:40 PM
And then it all began, the Hound Group took the ring.

What did you think of the first group from tonight's #WKCDogShow? pic.twitter.com/c8LpYIiBBx

Congratulations to Lucy the Borzoi for winning the Hound group! #WKCDogShow pic.twitter.com/q5khQpkp6g

Monday, 9:23 PM
Panda the Shih Tzu took that group with style and grace.

Monday, 9:56 PM
And then it was the Non-Sporting Group's turn.

Monday, 10:04 PM
This group was given to a pretty Bulldog named Annabelle; she was an undeniable fan favorite.

Monday, 10:16 PM
Then came the final group of night one, the Herding Group.

It's time for the Herding Group here at MSG! What breed are you rooting for in this category?! @WKCDOGS #WKCDogShow pic.twitter.com/1aeZo611qi

Monday, 10:24 PM
We caught up with the Bergamasco before the judging, one of the seven breeds making their Westminster debut this year.

Monday, 11:01 PM
It was Rumor, the German Shepherd Dog and winner of the AKC/Eukanuba National Championship in December, who won the group.

Rumor the German Shepherd is on the way to Best in Show with her Herding Group win! #WKCDogShow pic.twitter.com/TTsrW01lW3

Tuesday, 12:34 AM
We were lucky enough to meet her after the show.

It was so nice to see Rumor again. She won the Herding Group to close out night one of the #WKCDogShow. pic.twitter.com/FUnXHisoK1

Tuesday, 5:10 PM
And just like that we were on to day two! The city lit up the Empire State Building in honor of the show.

Purple & yellow lights will glow atop our tower tonight to honor the 140th Annual #WKCDogShow. May the best pup win! pic.twitter.com/FIYoviBCL0

Tuesday, 6:13 PM
We made our way back to The Garden for one final night.

We're back at @TheGarden! Are you ready for tonight's Best In Show? #WKCDogShow pic.twitter.com/VlpKTboDQX

Tuesday, 7:34 PM
First up were the Junior Handlers.

Tuesday, 7:53 PM
It was Sophia Rogers and her American Foxhound who won.

Tuesday, 7:32 PM
Again, before the groups got started, we asked you who you were most excited to see and you told us.

Which breed group are you most excited to see tonight? #WKCDogShow

Tuesday, 8:05 PM
And then our first group of the night, the Sporting Group, entered the ring.

Tuesday, 9:19 PM
We saw this guy try to steal all the snacks.

Tuesday, 9:39 PM
But it was a smiling Samoyed named Bogie that took the group victory.

Tuesday, 9:39 PM
Finally, it was the Terriers turn to take the ring and close out the show.

Tuesday, 10:28 PM
And a familiar face, Charlie the Skye Terrier, won the group.

Tuesday, 10:32 PM
Now it was time for Best In Show and we were all pretty excited.

Tuesday, 10:44 PM
And all the beautiful group winners did a lap around the ring for the judge.

Tuesday, 10:51 PM
And Panda messed up her hair real good.

Dammit Panda do you have any idea how long I spent on your hair tonight? #WKCDogShow @WKCDOGS pic.twitter.com/Qn0EtsFHk3

Tuesday, 10:54 PM
After a careful look, the judge deliberated.

Tuesday, 10:55 PM
Let's all watch him run around looking handsome.

Tuesday, 11:45 PM
His win was extra special because it's been 33 years since a breeder, owner, handler has won Best In Show.

It's been 33 years since a breeder, owner, handler has won Best in Show. Congratulations Valerie & CJ! #WKCDogShow pic.twitter.com/IsIYRhNSxW