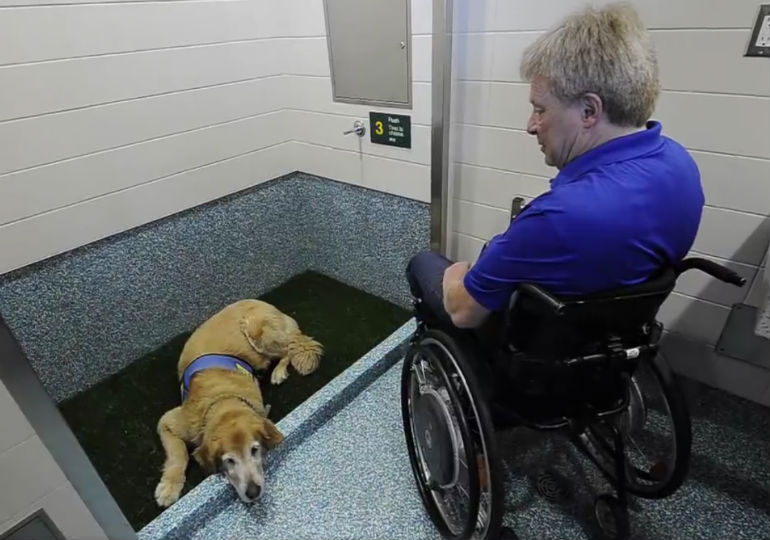 Ever flown with your dog and lamented the struggle of taking him back and forth through security to use the bathroom?

Worry no longer. Vancouver International Airport has become the first airport in Canada to install and launch a pet bathroom in their U.S. terminal. Vancouver follows other large U.S. airports such as John F. Kennedy Airport and O'Hare Airport that also have opened similar bathrooms to make pet-travel easier.

Vancouver's bathroom is open to all pets and includes grass-turf and instructions for cleaning up after your dog.

The goal of these bathrooms is to make travel easier, especially for people who rely on service or guide dogs. Previously, people would have to take their dog outside the airport to use the bathroom and therefore would have to go through security multiple times.

“This is one more way there are no barriers for people with disabilities who travel with a service dog” Reg Krake, director of customer care at Vancouver, told the Vancouver Sun.

In April, JFK opened a 70 square-foot pet-bathroom, complete with a paw print on the entrance door. They too hoped to make the airport easier for people traveling with service dogs.

Brad McCannell, who relies on his service dog, is thankful for this new addition to the Vancouver airport.

“If you're going to encourage independent travel by people with disabilities, this is the way to do it,” he told the Sun.

See McCannell and his Golden Retriever service dog in the video below: