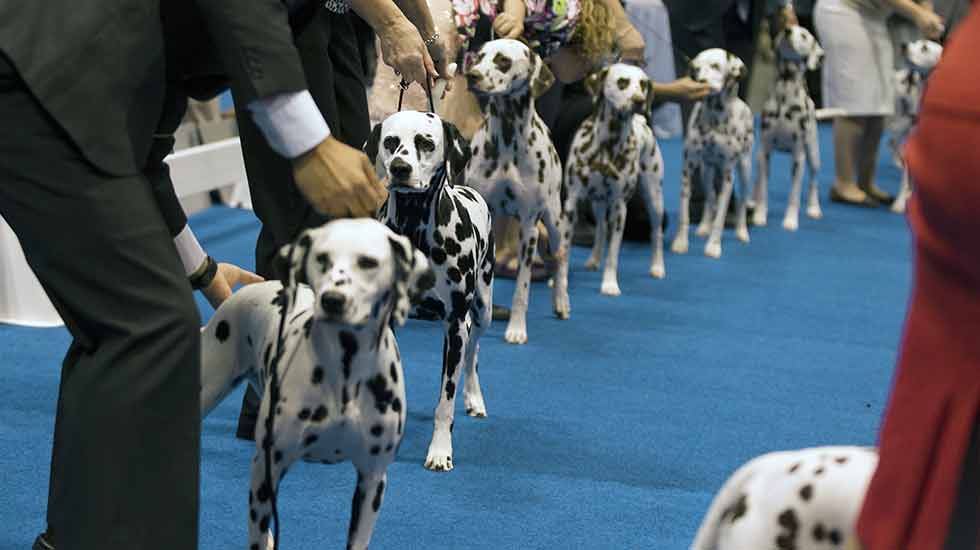 For purposes of imposing a consistent format at dog shows, the AKC family of breeds is divided into seven groups. The hounds, terriers, and toy dogs each have their own group. The herding dogs that move livestock are grouped together, and so are the big working dogs that pull, protect, patrol, and do other heavy work. Likewise, sporting dogs, those hunters’ helpmates who flush and retrieve birds, have their own group. Even to someone who has never heard of the AKC, the divisions should make sense: The breeds of these six groups are bound together by the functions they were created to perform.

But perhaps the most intriguing group is the seventh, the one defined not by what it is but by what it isn’t. The Non-Sporting Group contains the nonconformists, the square pegs, the outsiders—breeds that don’t fit into any of the other six groups.

The AKC’s founders adopted the phrase “non-sporting” about 125 years ago. These gentleman sportsmen classified all breeds as sporting or non-sporting dogs. “In their eyes a breed was either of a ‘sporting nature’ or else it was relegated to being a ‘non-sporting’ dog,” an AKC historian wrote. “That was that. There was no gray area.”

In this context, the word “sporting” and “hunting” were synonymous. The original Sporting Group contained all the hunting breeds: terriers, hounds, and bird dogs. The Non-Sporting Group contained everything else: toys, herders, drovers, guarders, and such one-off breeds as Dalmatians (coach dogs) and Bulldogs (originally bred for the long-ago-outlawed pastime of bullbaiting).

As years passed and the AKC recognized more breeds, the two-group system became unwieldy. Beginning in 1923, new groups were formed and periodically realigned. Terriers and hounds went from the Sporting Group to groups of their own; in the Sporting Group remained the retrievers, setters, spaniels, and other breeds that specialize in feathered game.

Working dogs and herders were taken from the Non-Sporting Group and placed into the newly formed Working Group. The Non-Sporting ranks were further depleted with the creation of the Toy Group.

In the decades since, the group has been replenished with other unique breeds, both rare and populous. These include the black-tongued, sandpaper-coated Chinese Shar-Pei; the six-toed, puffin-hunting Norwegian Lundehund; and the Xoloitzcuintli, Mexico’s hairless dog of the gods. The Non-Sporting Group is today an eclectic gathering of 21 breeds.

“Non-sporting” shouldn’t be mistaken for “non-competitive.” The many great conformation champions from the Non-Sporting Group could fill a show-dog hall of fame, with Poodles occupying a wing all their own. The group is highly intelligent, and generations of circus trainers and vaudevillians employed such brains-and-beauty breeds as American Eskimo Dogs and Bichons Frises as entertainers. These days, competitive obedience work is the natural outlet for these high achievers.

Perhaps the most versatile breed in the group is the Poodle, originally bred as a water retriever in medieval Germany. “Poodles are Labs with a college education,” the famous handler and all-breed judge Anne Rogers Clark said. “My Poodle will do anything your Labrador will do. After a day of retrieving in the field, your Lab wants to curl up and snore in front of the fire. My Poodle wants to be a fourth at bridge and tell naughty stories!”

Mrs. Clark was a vocal advocate for her very sporting “non-sporting” dog, whose elaborate show coat can belie its athletic grace and durability. Originally bred as a water dog, the standard Poodle is an excellent swimmer and rugged enough for a tough day in the field. In recognition of this, the standard Poodle is eligible to work alongside Labs and other gundogs in AKC retriever hunting tests.

Here, a lake hunter trains his Poodle on water retrieves: