9 Things You Didn’t Know About the Irish Wolfhound 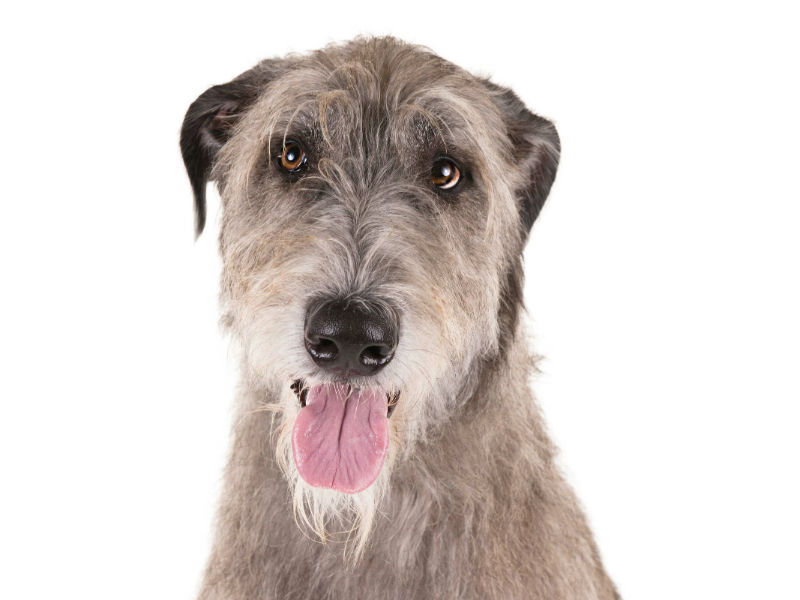 The Irish Wolfhound is a true gentle giant. Though he has been prized as a courageous hunter for centuries, he has a sweet temperament and thrives on companionship. Let's look at some more interesting facts about the Irish Wolfhound:

1. They Are the Tallest Dogs in the World

The Irish Wolfhound is the tallest of all dog breeds, with males standing up to a minimum of 32 inches at the shoulder. If an Irish Wolfhound stands on his hind legs, he may be 7-feet tall.

2. They Date Back to Ancient Rome

The earliest written record of an Irish Wolfhound is from 391 A.D., in a letter from a Roman consul to his brother. The consul thanks his brother for his gift of “Irish dogs,” saying, “All Rome viewed them in wonder.” These “wolfdogs of Ireland” were apparently gifted to Roman consuls, as well as to kings of other European countries, to shahs of Persia, and other world leaders.

3. Ireland Had Armies of Them

According to legend, one of the High Kings of Ireland, Cormac mac Airt, who is said to have reigned some time between the 2nd and 4th centuries, had an army of 300 hounds. Irish Wolfhounds were highly coveted in the early centuries, because they were excellent hunters, guardians, and companions.

4. They Were Used to Hunt Big Game

As the number of wolves and elk in Ireland decreased, the demand for Irish Wolfhounds dropped. The breed was thinning out by 1800, but Capt. George A. Graham was convinced that there were still a few Irish Wolfhounds in Ireland. In the mid-1800s, Capt. Graham made it his mission to find the few remaining Irish Wolfhounds in the country and use them to revive the breed. Graham crossed the Irish Wolfhounds he found with Scottish Deerhounds to help the population bounce back.

There was a Civil War brigade, known as the Irish Brigade, which was made up of several infantry regiments from New York, Massachusetts, and Pennsylvania. In 1888, a memorial was erected at the Gettysburg battlefield to honor the Irish Brigade. The monument features a life-size Irish Wolfhound lying in mourning. The inscription says, “This, in the matter of size and structure, truthfully represents the Irish wolf-hound, a dog which has been extinct for more than a hundred years.”

7. They Frequently Appear in Poetry

There are many references to the Irish Wolfhound in poetry from many different countries, going back several centuries. One example is Katherine Phillips' 1664 poem, “The Irish Greyhound.” Here's an excerpt from the poem:

Behold this Creature's Form and State
Which Nature therefore did create
That to the World might be exprest
What mien there can be in a Beast,
And that we in this shape may find
A Lion of another kind,
For this Heroick beast does seem
In Majesty to rival him; . . .

He looks imposing, and he makes a great hunting dog, but the Irish Wolfhound fails as a guard dog. He is not at all suspicious of strangers, nor is he aggressive toward them.