The Bow-Wow Backstory of the Beatles’ “Hey Bulldog” 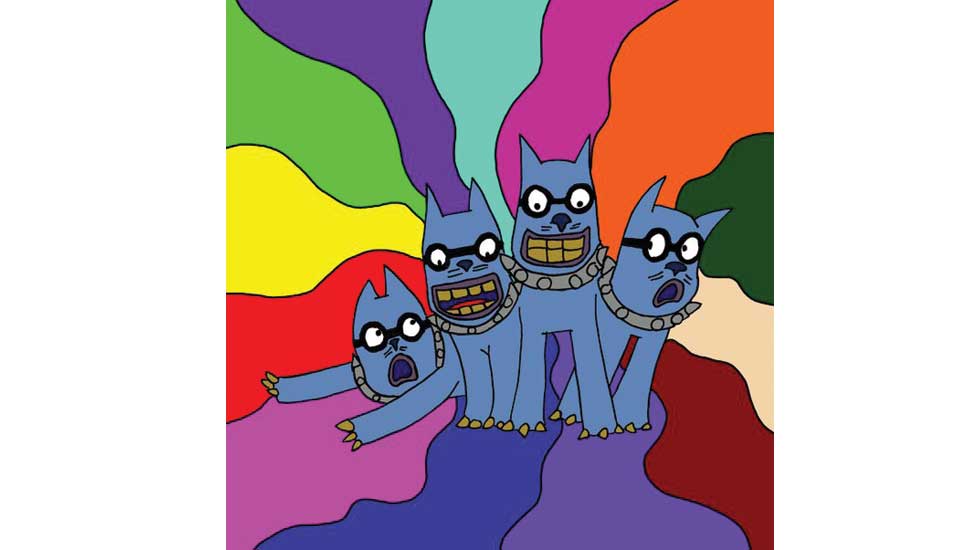 It’s one of the great dog-themed anthems of rock ’n’ roll, but up until the last minute “Hey Bulldog” was supposed to be about a frog.
It was early February 1968, as the Beatles were preparing for their fateful trip to India to meditate with the Maharishi. Pressed for time, and with a commitment for one more song to round out the soundtrack of the “Yellow Submarine” movie, the group decided to bang one out quickly. John Lennon had notes for a song he called “Hey Bullfrog” and brought the idea into the studio. Paul McCartney helped polish it up, and in one of their typical all-night recording sessions the band worked out a bluesy, no-frills arrangement—just the four Beatles playing together, with none of the psychedelic effects that characterized their work of the period.

During the session McCartney began barking to amuse his mates. Lennon got into the spirit of it, and soon the two were ad-libbing a crazed dog-and-master routine during the song’s fadeout. They enjoyed the bit so much they decided to keep it in the final recording. To justify the inclusion of the impromptu horseplay, they simply changed the song’s title from “Hey Bullfrog” to “Hey Bulldog.”

John sang lead and played guitar and piano, Paul sang backup and played bass, George Harrison was on guitar, and Ringo Starr was in his regular seat behind the drums. It took 10 hours and 10 takes to get a usable track, over which they double-tracked the vocals and dubbed the guitar solo.

That now-famous guitar solo is a source of controversy among Beatle buffs. Some say John played lead that night, others insist it was George. Even after the session’s engineer, Geoff Emerick, published a memoir containing a detailed account of how George created the solo, Lennon partisans insist that it was actually John. The great “Hey Bulldog” debate has raged among the geeks at beatlesbible.com for years, with no resolution in sight.

One of only two dog-related Beatle songs (the other is “Martha My Dear,” inspired by Paul’s Old English Sheepdog—interesting that England’s most famous band would record songs about two such iconic English breeds), “Hey Bulldog” was treated as a throwaway upon its January 1969 release. It was the B side of “All Together Now,” one of the band’s more forgettable singles, and was buried on the disappointing “Yellow Submarine” album. Adding insult to injury, the “Hey Bulldog” sequence was cut from the American release of the film and would not be seen here until “Yellow Submarine” was re-released in 1999.

Since its release, “Hey Bulldog” has steadily gained a reputation as top-shelf late-era Beatles. The irresistible riff running through the song suggests the American R&B records the Beatles covered when first learning their craft. Paul’s virtuoso bass line, John’s sneering vocal, that tasty guitar solo (whoever played it), and the general feeling of high spirits that permeates the record have endeared “Hey Bulldog” to fans and future generations of musicians. A diverse lineup of pop royalty—Elvis Costello, Alice Cooper, Dave Matthews, and the Roots among them—have covered “Hey Bulldog.”

And what exactly is the meaning of the song’s inscrutable lyric? “It’s a good-sounding record that means nothing,” Lennon said.