9 Things You Didn’t Know About the Bulldog 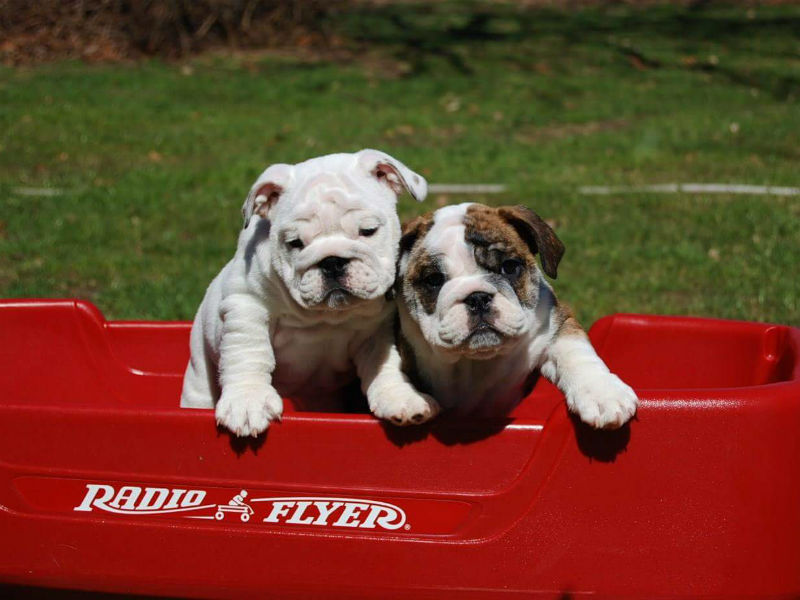 The Bulldog is one of the United States' most popular dog breeds. They're laid back, lovable, and family-friendly. Their wrinkled skin and all their slobber makes them even more endearing. But Bulldogs weren't always so cuddly. Here are some interesting facts you may not know about the Bulldog:

1. They Get Their Name From the Sport of Bullbaiting

The Bulldog was so-named because this type of dog was ideal for the English sport of bullbaiting, which involved tethering a bull to a stake in the ground and encouraging dogs to try to bite the bull's nose. Bulldogs were well-suited for this sport because of their vicious and fearless nature. Breeders bred the dogs to have large, powerful heads and loose skin, so that they could recover from an attack and keep fighting.

The English Parliament outlawed bullbaiting in 1835, leaving the Bulldog with no purpose. Their numbers rapidly declined, but some Bulldog lovers did not want to see the breed die out. Bulldog breeders eliminated the breed's viciousness, so that these dogs could become pets.

Certainly not all dog breeds are made to be Olympic-level swimmers, but if you put a Bulldog in the water without a doggie life jacket, he will be in some trouble. Even though he is only 16 inches tall, he can weigh 50 pounds. His short legs and small hindquarters aren't equipped to keep his dense body afloat and his large head above the water.

4. They Were Known As “The Churchill Dog”

During World War II, the British referred to the Bulldog as “The Churchill Dog.” Apparently, Prime Minister Winston Churchill and the English Bulldog both symbolized the courage and strength of England. Churchill himself did not own any Bulldogs, though. He preferred Poodles.

Winston Churchill may not have been partial to Bulldogs, but Presidents Warren Harding and Calvin Coolidge each owned one. Harding's Bulldog was named Oh Boy, and Coolidge's was named Boston Beans. Because Harding had his Bulldog while he was in office, Oh Boy had the official title of First Dog.

6. Many Celebs Have Owned Bulldogs, Too

The Bulldog is one of the most popular dogs in America, so it's no surprise that many celebs have them. The Jolie-Pitt family has a pet Bulldog named Jacques. Victoria Beckham gave her husband, David Beckham, a bulldog named Coco for Christmas one year. Michael Phelps has a Bulldog named Herman, and Criminal Minds actor Shemar Moore has two Bulldogs named Shug and Moe.

7. The Bulldog Is the Most Popular Dog Mascot

You probably already know at least one sports team that uses a Bulldog as its mascot. There are actually 39 American universities that have a Bulldog mascot, including Georgetown and Yale. This is a testament to the Bulldog's well-known toughness and courage.

8. Most Bulldog Moms Have C-sections

Because Bulldogs have such large heads, the safest way for a Bulldog to give birth is via C-section. About 80 percent of Bulldog litters are delivered this way, to avoid the risk of a puppy getting stuck in the birth canal.

In 2015, a Bulldog named Otto set the world record for the longest human tunnel traveled through by a skateboarding dog. Otto rolled through the legs of 30 people, to the delight of the crowd that had gathered to watch him. Otto's owners were inspired to get a Bulldog after they saw videos of another Bulldog world-record holder, Tillman, who was at one time the world's fastest dog skateboarder.