Why Do Wet Dogs Smell So Bad? 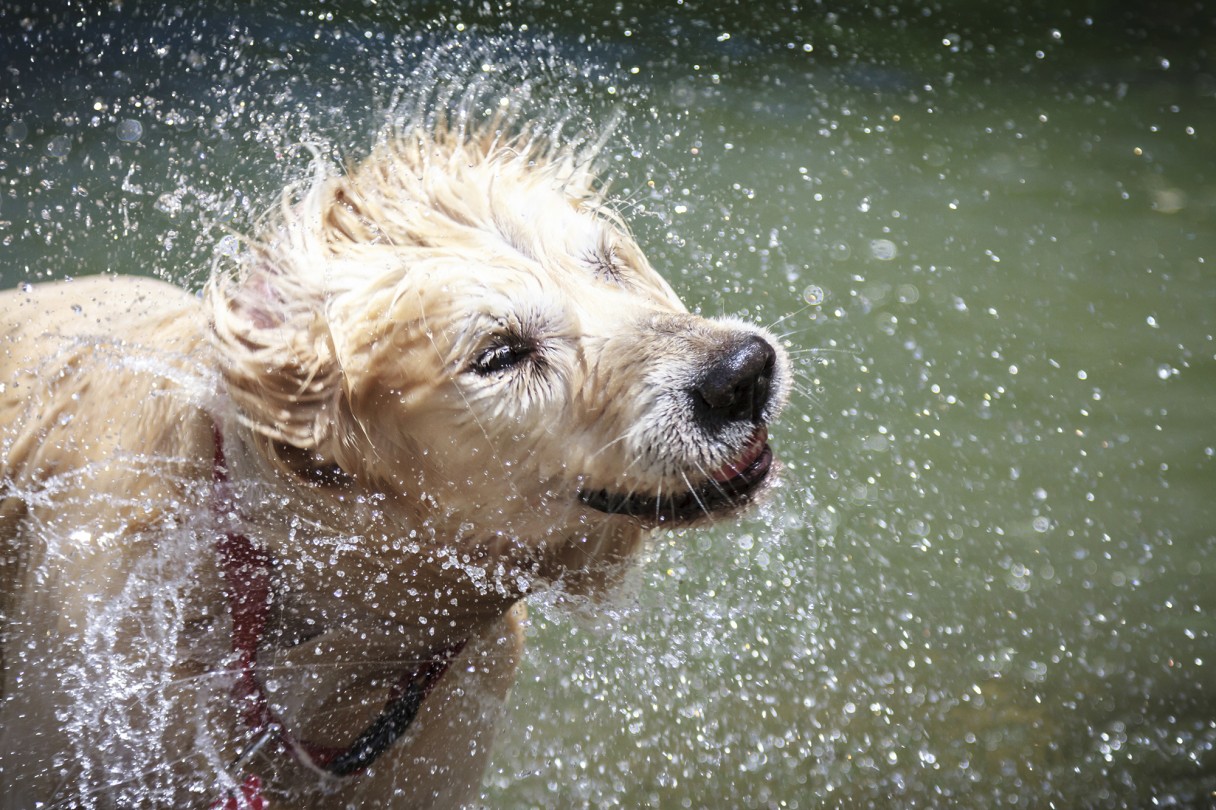 We’ve all had this experience—a summer day, a drive to the lake, and a refreshing dip for your and your four-footed pal in the clear cool water. Then there’s the agonizing drive home, as you try to keep your eyes on the road, even as you are about to pass out from the smell of wet dog.

Ever wonder what the recipe is for this particularly pungent scent? Scientists did too, and some have started sniffing around for the chemical components that raise this unique stink.

Andy Brunning, a British chemistry teacher, has distilled the essence of the complex molecular reactions into an infographic posted on his blog, Compound Interest. This is just one in his series of infographics offering scientific explanations for odors that greet—or assault—our nostrils on a typical day, like new car, toilets, coffee, fresh cut grass, and bacon, for example.

Aroma of wet dog, Brunning explains in an article accompanying his graphic, starts with a cast of tiny critters—yeasts and bacteria—that take up residence on your pet. “When you’re taking your dog for a walk,” he says, “you’re actually taking a whole host of microorganisms for a stroll, too.”

In the process of going about their lives, they leave behind “micro excreta” in the form of volatile organic compounds. The smell of wet-dog, Brunning says, comes from moisture evaporation that carries some of those compounds with it.

Brunning characterizes the signature odor as a mixture of scents, including almond, fruit, honey, and mushroom, with hints of sulfur and feces.

He notes that there haven’t been millions of dollars dedicated to the study of this problem, and there’s much more to learn. But he ends with a call to action.

“[We] at least know that it’s not the dogs themselves we should be blaming for the smelling terrible, but rather the microorganisms they carry.”

Learn how to tackle that wet-dog smell with our free e-book on grooming basics.

The American Chemical Society has a video that also explores the scent of a wet dog: