The Care and Feeding of the Breeding Bitch – Part Two 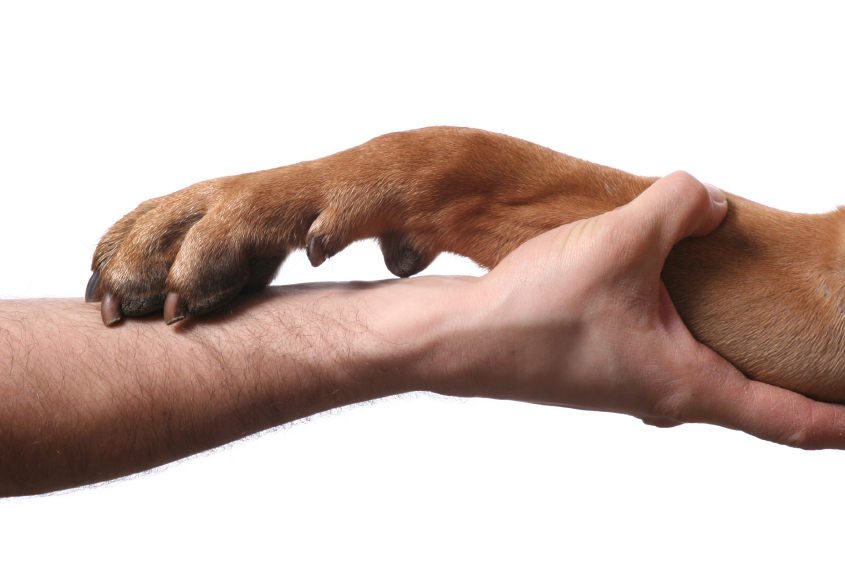 Inadequate intake of calories and nutrients prior to whelping and especially during lactation can have serious, even deadly, consequences.

As we discussed in Part One, proper nutrition of a breeding bitch is important during all stages of the reproductive cycle in order to ensure the good health and growth of her newborn puppies. Although a dam's nutritional requirements increase tremendously during the last trimester of pregnancy, nutritional deficiencies are most likely to occur after birth, when her body must cope with the stress placed on it by the demands of lactation.

A quality feeding program for a reproducing bitch has two goals: first, to provide adequate nutrition so that her weight increases by 15 to 25 percent by the time of whelping; and second, to help her maintain optimal body weight after parturition, when she must produce sufficient quantities of milk and colostrum to support growth in the newborn pups until they are weaned.

To achieve these goals, you must feed adequate amounts of a good-quality, highly digestible, very palatable commercial growth-and-lactation diet. It should contain at least 29 percent protein, at least 17 percent dietary fat and less than 5 percent dietary fiber. This is measured based on dry-matter weight, not calories. These percentages should provide adequate calories and protein to support the tremendous demands of milk production and puppy growth.

The Consequences of Improper Feeding

If you do not feed the bitch properly, she is likely, by the time of whelping, to be thin and out of condition, with poor muscle tone or brittle fur, and these problems often worsen during lactation. In an attempt to meet her nutritional needs, she may increase her food intake, which can lead to uncontrollable diarrhea. As stated in Part One, pups born to a mother whose health is in this state are prone to a condition called “fading puppy syndrome,” appearing weak and lethargic, crying frequently, eating and growing poorly, and lacking coordination. Many of them ultimately die. Improper feeding of the bitch can also cause problems with lactation, ranging from reduced milk production to total failure to produce milk. Astute breeders monitor for these signs and immediately adjust the feeding regimen by improving the quality of the food, increasing the amount fed or both.

By the time of parturition, the pregnant bitch's dietary intake should have increased by 15 to 25 percent. Feed her at least twice daily or free choice. Most breeders do the latter to ensure adequate food intake. Most bitches refuse food approximately 12 hours prior to whelping, coinciding with a 1- to 2-degree decline in body temperature. Make every effort at this time to encourage water or ice intake to prevent dehydration, weakness, labor difficulties and impaired milk letdown. (Milk letdown is the process by which milk is transferred from the upper part of the mammary milk-secretion glands to the lower part for release through the nipples.) After giving birth, she must resume intake of highly palatable, good-quality food as soon as possible. The inexperienced or overattentive mother may be reluctant to leave the pups. Bring food and water to her if necessary. Some females are anorexic for a few days after whelping. Many breeders encourage food intake by offering highly palatable products, such as ice cream, homemade mixtures (for example, mix one can of evaporated milk, one can of water, three egg yolks and one-quarter cup of Karo syrup; heat, then let cool), puppy-milk replacers or a growth-and-lactation commercial cat food.

Nutritional deficiencies are particularly likely to occur when the bitch is lactating. Her physiology will prioritize the utilization of nutrients. The top priority is lactation and puppy growth, and she will actually deplete her body reserves at the expense of her own health for that purpose. Your goal is to provide enough nutrition for her to maintain optimal body weight while the puppies nurse. All nutrients are needed in increased amounts. Simply ensuring sufficient intake of calories is extremely difficult, and therefore her diet should have a fat content of at least 17 percent.

Many factors affect the caloric requirements of the lactating bitch, including the number of pups, the size of the breed and the temperament of the dam. The larger the litter, the greater the nutrient requirements for milk production. On the other hand, smaller breeds tend to have a greater energy requirement per pound of body weight. Some breeders feed smaller dogs a good-quality, growth-and-lactation commercial cat food because of the greater caloric and nutrient content of these products. Likewise, a temperamental or nervous bitch will expend more energy and have a higher requirement. As a rule of thumb, at peak lactation you should increase a bitch's food intake by 25 percent per puppy above what is usually required to maintain her body weight. For example, if a bitch normally requires two cups of dog food to maintain her body weight and has a litter of six pups, feed her a total of five cups a day (two cups divided by 25 percent equals one-half cup; multiplying that by six puppies equals three cups; adding the bitch's normal two cups maintenance equals five cups).

Another guideline used by many is to increase the bitch's food intake by one-and-a-half, two and three times above her maintenance requirements by weeks one, two and three of lactation, respectively. Again, most breeders will feed free choice. If meal-fed, feed at least three times daily.

Most commercial dog foods do not contain sufficient nutrient density, especially caloric content, to support lactation. The feeding of these products is the most common cause of malnutrition. If a bitch who is being fed free choice is thin by the time of weaning, then the quality of her food, as well as its caloric density, is inadequate. If this occurs, I recommend changing to a higher-quality, more calorie-dense product. A less desirable alternative is to supplement the current diet with a fat source (1 tablespoon of fat per cup of dry food). Grease, lard, tallow or vegetable oil is acceptable and will raise the number of calories by 30 percent.

The importance of proper nutrition of the breeding bitch cannot be overemphasized. In Part Three we will discuss the unique nutritional problems associated with peak lactation, along with guidelines for the bitch at weaning.