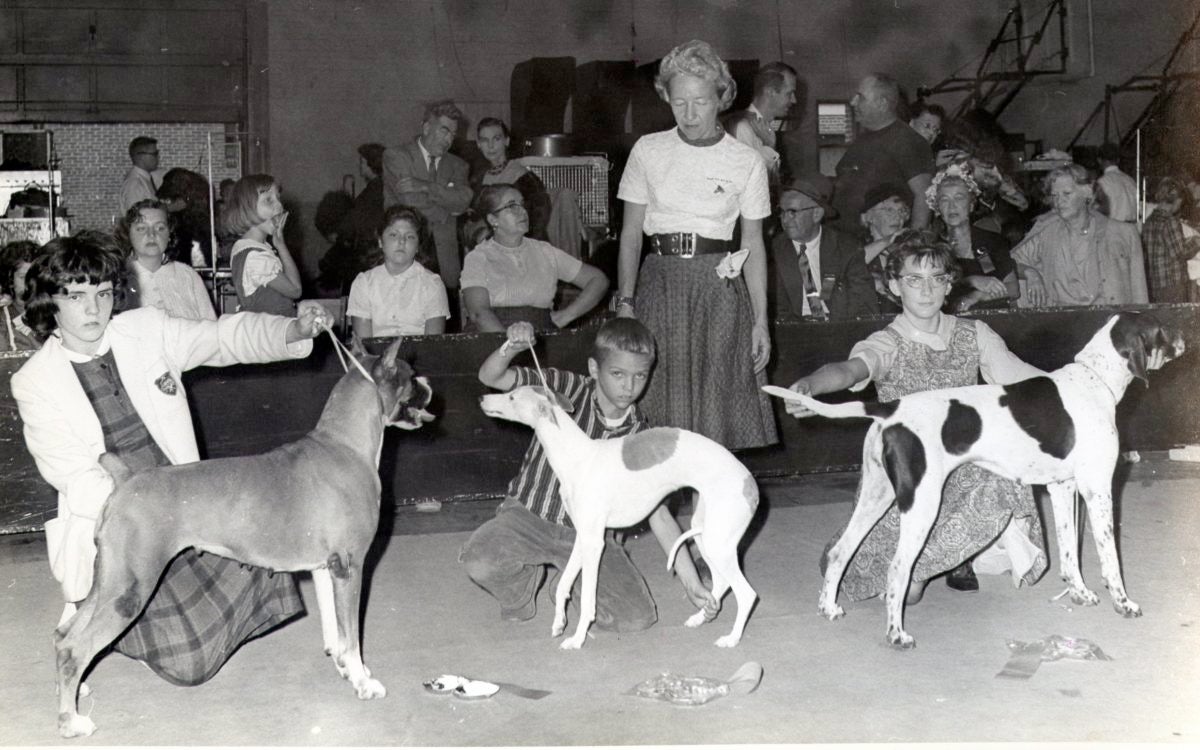 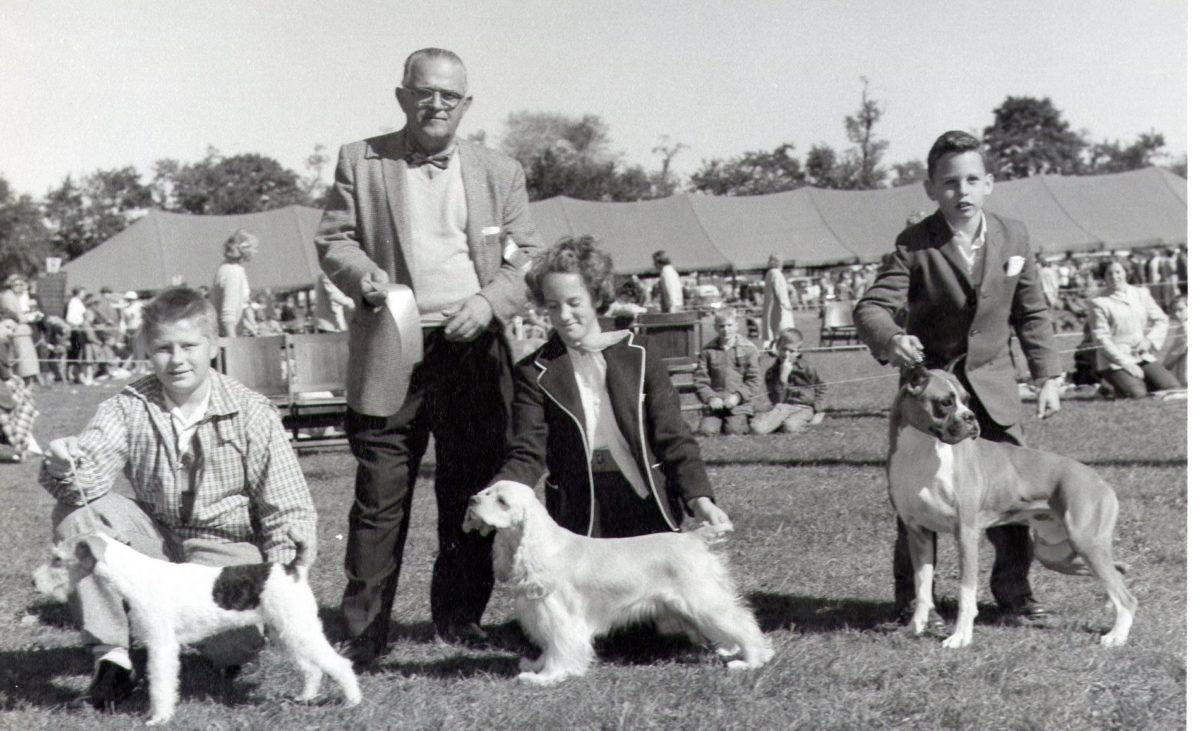 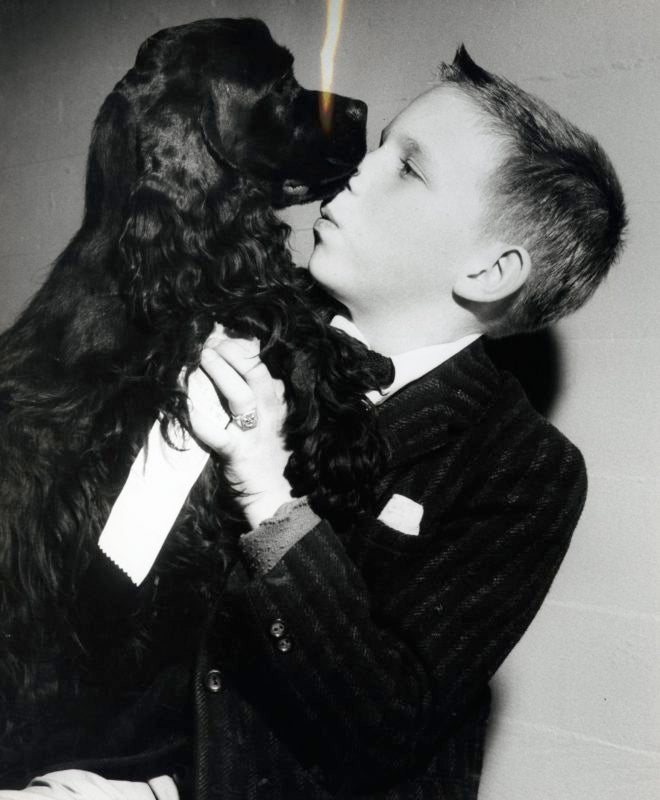 Part of the mission of the American Kennel Club is to “Take whatever actions necessary to protect and assure the continuation of the sport of purebred dogs.” The AKC’s Junior Showmanship Program is just one example of the kennel club’s commitment to fulfilling this portion of its charter statement.

In the late 1920’s a group of dog show exhibitors led by Mr. Leonard Brumby, Sr., decided to develop a special competition for children. The purpose of the competition would be to introduce a new generation of fanciers to the sport and to give children the opportunity to measure their skills against those of their peers. The children would be judged by how well they presented their dogs with respect to the nuances of the breed being shown. The first Children’s Handling class was held at the Westbury Kennel Association show of 1932, and quickly became a popular feature at other AKC events.

Children’s Handling classes were very informal when the program began. The judging of the classes would normally start whenever the first breed ring became available. The judges were usually professional handlers themselves, and the participants were allowed to use any dog that was available to them.

In 1951 the name of the competition was changed from Children’s Handling to Junior Showmanship. Twenty years later, in 1971, the American Kennel Club recognized the virtues of Junior Handler competition and granted official recognition for these classes at AKC events.

The Junior Showmanship program has grown and changed in dramatic fashion since its humble beginnings in 1932. The AKC now has guidelines for participation and adjudication of this event. For example, juniors must be between 10 and 18 years of age to participate. They must win three first placements in the Novice class before advancing to the Open class. Judges must be approved by the AKC to judge Junior classes, and the dogs that the junior handlers exhibit must be owned by them, a member of their family, or a relative.

In 1989 the AKC National Junior Organization was developed to assist with the needs of Juniors in the sport.

In 1999 the Junior Showmanship program was expanded to include performance events. Currently, a Junior Handler that handles a dog to a performance title will receive a certificate from the AKC acknowledging this accomplishment.

Junior handlers become ineligible to compete in Junior Showmanship classes at the age of 18. In most cases, their participation in the sport of purebred dog does not cease once they have “aged out” of competition. From the ranks of Junior Handlers we find the future breeders, AKC Club Members, approved judges and Registered Handlers who will be the caretakers of our sport in the future. We see many of these kids go on to pursue careers as veterinarians. One former Junior is now the CEO of the Orthopedic Foundation for Animals; others have gone on to serve as Board Members of the American Kennel Club. Still others have gone onto make their contribution to the sport as AKC employees.

While the Junior Showmanship program itself has gone through changes, the concept and reasons for its implementation have remained the same: to encourage participation in the sport by young purebred dog enthusiasts; to teach good sportsmanship, win or lose; and to educate the next generation of the fancy. So the next time you find yourself at a show with a few moments to spare, stop by the Junior Showmanship ring to witness the AKC’s commitment to its mission statement and the future of our sport.