How to Prevent Your Dog From Stealing Food 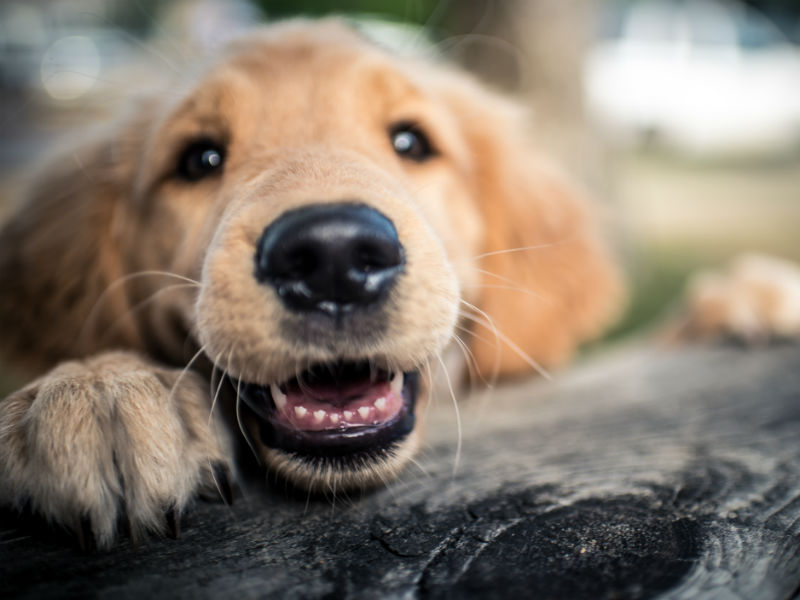 Catch your dog with his nose on the counter?

Some dogs are “counter-surfers,” meaning they see what kind of food they can steal from any number of places, including right off your counter.

When a dog tries to steal food, and he succeeds, he learns that he gets a reward, which only reinforces the behavior. Sure this can make breaking the habit difficult — but it’s not impossible.

So what can you do, as a dog owner, to stop this sort of behavior?

Kathy Santo, a dog trainer and columnist for AKC Family Dog, recommends the following when dealing with a counter-surfing dog:

Make sure nothing (not even crumbs) is on the counter. “I call this the Empty Bird Feeder Effect,” Santo says. “After you stop filling a bird feeder, the birds eventually stop coming around.” If you must keep food on the counter (a pie to cool, for example, or a spread for a party), keep the dog out of the kitchen using a baby gate, or put in him a crate or behind a shut door.

When to reward your dog

Teach your dog to “go to his place.” If you see him in the kitchen sniffing around, instead of yelling at him or punishing him, tell him to go to his place and reward him with a delicious Purina® Pro Plan® treat for obeying. Soon he’ll realize that the likelihood of his getting a treat is higher when he listens to compared to sneaking a snack behind your back.

Still, even if your dog is trained, remember to be vigilant about keeping those counters and coffee tables clear. “There are some dogs who, no matter how well trained they are, will have a momentary lapse in judgment if you leave the room with a temptation on the counter,” Santo says.

Teach him leave it

Another essential command to teach your pup is “leave it.” That way, if you catch him trying to snag something he shouldn’t have, (or he does manage to get it), using “leave it” will prevent him from eating it. This is especially important if your dog has stolen something potentially harmful for him.

To learn about what you should feed your dog, check out the video below.