How to Address Compulsive Behaviors in Dogs 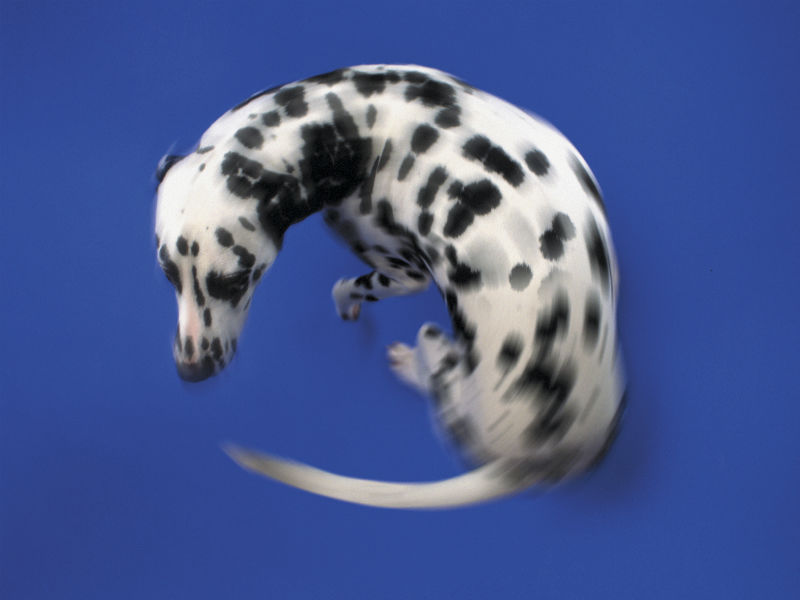 Note: Obsessive-compulsive behavior is a serious problem and depending on the severity, it can result in harm to the dog. For critical behavior problems, a qualified behaviorist should work in conjunction with a veterinarian to solve the problem.

A strong desire to engage in a game of fetch when a ball is thrown is a far cry from a dog who cannot stop chasing his tail, licking his feet or legs, spinning, fly snapping, fence running, pica (craving and eating nonfood substances), or checking his hind end, just to name a few of the more common OCD behaviors. The reality is that true canine compulsive behavior is a stressful existence for the dog as well as the family.

When I lived in Florida, a student came to me with a year-old herding dog named Kiwi. Even as a 9-week-old puppy, Kiwi had a habit of staring at (and then pouncing on) shadows on the ground. The family thought it was funny, and started using a laser pen and flashlight to encourage him to chase the light beams. Almost immediately, Kiwi was on high alert all day long for shadows. His obsession caused him to stop eating and interacting with his human family. During walks he would pounce toward shadows on the pavement with such force that he would bloody his nose. His family no longer thought it was amusing, and that’s when they called me for a behavioral evaluation.

During our first meeting, Kiwi obsessed on shadows on the floor, and when a beam of light reflected off his owner’s watch moved across the room, Kiwi chased it and ran headfirst into a wall. The family was terribly upset that they’d created this behavior and didn’t understand why their friend’s dog (a Labrador Retriever) chased a flashlight beam but didn’t go to the extremes that Kiwi did. I explained that sometimes there can be a hereditary component to the behavior and that it’s theorized that high-energy dogs with intense drive could be more liable to exhibit compulsive behaviors. In addition, most veterinarians agree that one of the main reasons for OCD behavior is stress.

Get To The Root Of The Problem

The first thing I had the family do was to get Kiwi a complete medical evaluation to rule out any illness that could be causing him stress (conditions such as thyroid imbalances can do that). Kiwi’s tests came back in the normal range, and the only notation the vet made was that the dog’s pads were worn down and raw, something I’d also noticed in my evaluation of him.

Next I asked for a seven-day diary of everything Kiwi did, and a list of everyone he interacted with, so I’d have an idea of what his daily routine was like. What I really wanted to know was if there were stressors in his life that might be causing his behavior.

When I received the diary, I was happy to see that there were a lot of areas that could be improved upon. Starting with the fact that when the family went off to work and school, Kiwi was alone in a large concrete run where he paced back and forth all day long (causing his raw, worn footpads). As if that stress wasn’t bad enough, the chain-link run abutted the neighbor’s fence, and their dog would run up and down the length of it, with Kiwi doing the same on his side. When the family returned home, he was fed, briefly walked, and returned to the run while everyone went off to their various sports practices. This pattern was repeated Monday through Friday, as well as on the weekends when the family had all-day practices and games. With that type of lifestyle, I can imagine most people reading this are wondering why the family even owned a dog. Frustration, stress, and lack of human interaction certainly contributed to his OCD behaviors.

The first thing I suggested was to hire a dog walker for Kiwi instead of leaving him in the run. In addition, I wanted him to be crated in the house (in a shadow-free room with his crate covered) when the family wasn’t home. Fortunately he’d been crate trained as a puppy and had a positive association with his crate. When the family wasn’t home, Kiwi was crated for no longer than three to four hours at a time. The dog walker would come to walk and play with him for 45 minutes, at least three times a day. When the family was home, Kiwi was to be in the house with them (supervised) and the obedience commands that we were starting to teach him would be reinforced and used within the home. That way, Kiwi’s mind wouldn’t be looking for shadows and light to chase. Instead, he’d be focused on what they wanted him to focus on. Fortunately, the family was on board with all the changes.

My next suggestion was, in addition to continuing to come to obedience classes, to enroll Kiwi in an agility course at our local club. The dog had energy and drive to spare, and it wasn’t long before they had progressed to competing in agility trials. And because it was an actual sport, this athletic family was super-enthusiastic to be a part of it.

Kiwi’s rehabilitation didn’t happen overnight. But because the family was committed to the end result of a happy and stress-free dog, they did everything required to get him on the road to recovery, offering a good lesson for any owner suspecting OCD in their dog.