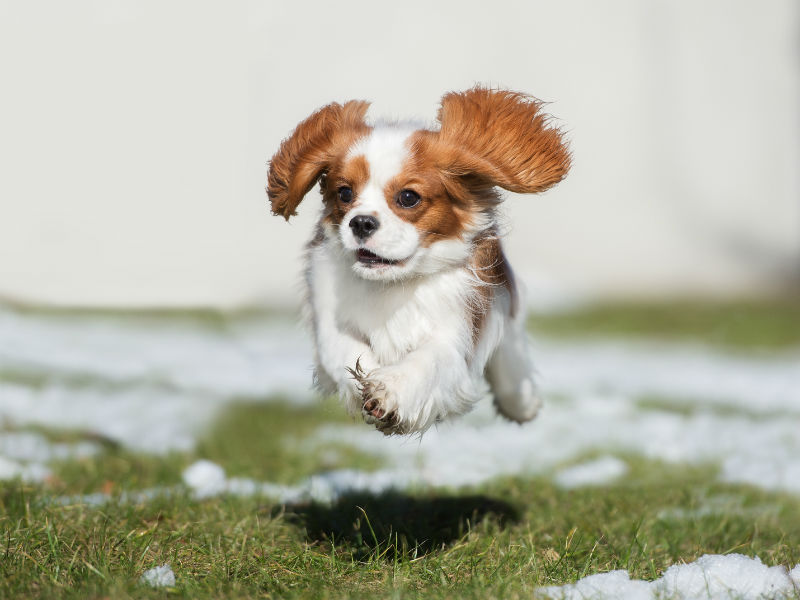 Puppies do the funniest things! Do they know they’re funny?

Maybe not, but they are usually having fun. Dogs are especially playful animals; not every species actually engages in play. One thing is certain – dogs like to make their people happy.

Here are a few things you may see that are perfectly normal and even adorable.

Zoomies: When your puppy pretends to see something that he should run from, then tears around as fast as he can go, this is referred to as getting the “zoomies.” He might stop, take a play bow, look at you as if to say, “come and get me!” and zoom off again in a different direction. It’s good exercise and fun, so as long as he’s in a safe place, it is perfectly fine to let him get his zoomies out!

Dream: Dogs dream, and when puppies dream, it’s especially cute. Their feet twitch, and they may make little yipping and barking noises. Adult dogs do it, too, but puppies take more naps, so you may see them do this more often.

Flop: Puppies’ joints and muscles are soft, so when they sit or lie down, their legs and feet just stick out funny. Floppy stuffed animals have so much appeal for many people because they resemble adorable puppies.

Taste everything: Like human babies, puppies explore with their mouths. They have no idea that they shouldn’t eat certain things, and this is normal. Just be sure that your puppy’s environment is safe and free of items that he should not have, and there are plenty of appropriate, puppy-safe chew toys on hand. Learn how to puppy-proof your home and yard here.

Bark at reflection in a mirror or window: Seeing himself in the mirror for the first time might be confusing for a young pup. He may cautiously approach that other dog and give it a sniff, or be wary of it altogether until he figures out that there is no smell and it isn’t “real.” Just smile and reward your pup for approaching bravely. Don’t force him to approach anything he’s fearful of. It’s best to let him take his time.

Investigate when hearing dogs and other animals on TV: Many puppies that have not been exposed to television will at least perk up their ears when they hear barking on television. Some even investigate up close, sniffing all around the TV looking for the other dog. They usually figure out pretty fast that there really isn’t another dog there. On the other hand, I once knew a dog that sat and watched the movie “White Fang“ all the way through!

Things that look real but aren’t: If your puppy sees a realistic statue of a human or animal, she might think it’s alive! This would be a perfectly reasonable thought on her part. To help your pup develop confidence about new encounters, stay calm yourself. Praise and reward her for checking out this weird thing. Again, don’t force her to approach; let her take her time.