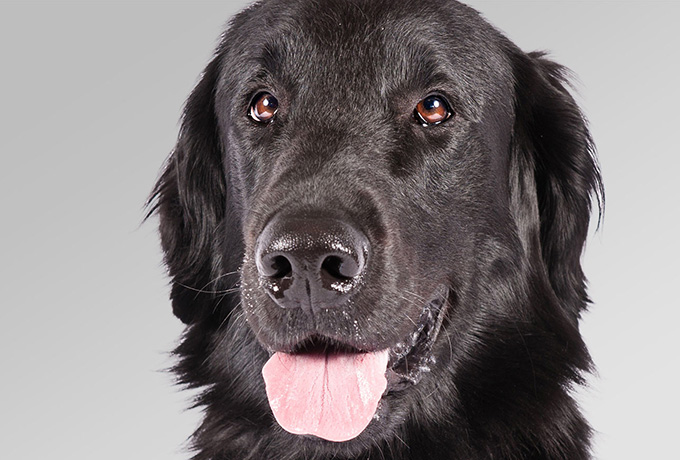 Boundary-line train your dog by opening and closing the crate door an inch or two, quickly, repeatedly, 10 or 20 times or until the dog is calmly watching. Then gradually open and close the door wider and slower. Quickly close the door if the dog begins to come out and start over. When the door is fully open, put his collar and lead on as you call him out, then have him stop and sit (or stand if he is a show dog). Control him with stops and turns every few steps, both inside the room and out, until he is under control.

Speak to him pleasantly in a low, calm voice, but be careful to not allow him to touch you. Touching you will excite him as much as being played with will. If you have trouble keeping him from touching you, practice left turns and circles left during training sessions and use them when he is excited about you. Don’t allow any greetings with any other pets or people or affection or play from you until he has been calm for 15 to 20 minutes. This will be time consuming at first, but it will take less time in a few days and will save you a lot of time in the long run.

If you leave your dog loose in the house or a room, yard, or dog run, rejoin him by going into the area when you return, rather than opening a door or gate and letting him explode out. Walk into his area and walk past him, speaking to him pleasantly in a low voice. Have him sit for a biscuit while you put on his collar and lead, and treat him as you would coming out of a crate. Or tease him with a biscuit or toy and throw it to distract him.

The Flat-Coat is a dependent, excitable breed, very prone to separation anxiety. Prevent explosive or bolting behavior when you return, and you will have a happier, healthier, less anxious dog.