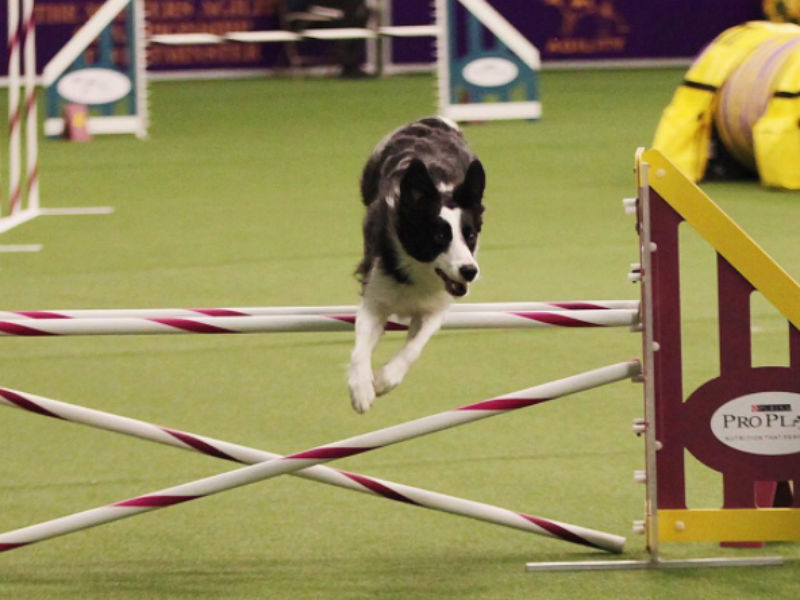 After an intense day of preliminary competition, the top dogs displayed their talents in the 4th Westminster Masters Agility Championship finals on Saturday, February 11th.

The dogs and their handlers had a tough course ahead of them, but despite the challenges, a good time was had by all and there were some incredible runs.

In the 8 inch division, a Papillon named Sparkle flew through the course and completed her run with a time of 36.09. Her handler, Andrea Samuels, ran two other Papillons, and the dogs ended up placing 1st, 2nd, and 3rd in this division.

For the 12 inch dogs, a Miniature Schnauzer named Jonesy, handled by Delaney Ratner, came out on top with a time of 35.17.

In the 16 inch division, Marcy Mantell and Shetland Sheepdog Stripe performed outstandingly, with a time of 33.08.

But in the end, it was Trick who came out as Master Agility Champion for 2017. Trick and Nys had an amazing run, completed with no faults. Even more impressive, was Nys’ ability to keep up with his dog. Trick zoomed through the course at lighting speed and Nys was with him every step of the way.

A photo posted by Westminster Kennel Club (@westminsterkennelclub) on Feb 12, 2017 at 7:24pm PST

The top All-American dog was Crush, handled by Aryn Hervel with a time of 34.87.

Check out Trick and John Nys’ winning run in the video below.

Learn more about agility and how it builds a better bond with your dog, here.

And stay tuned for more updates on the Westminster Kennel Club Dog Show with Group winners and finally the coveted prize, Best in Show.