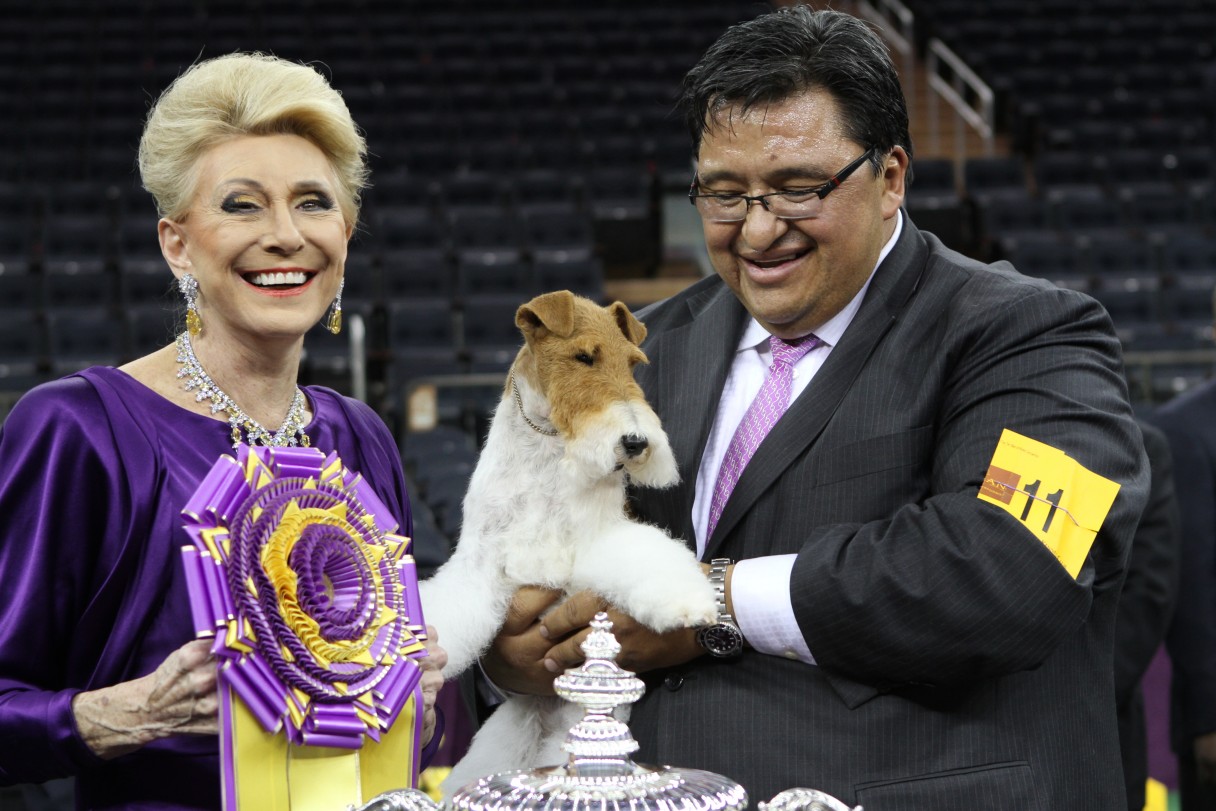 It is always a tremendous honor to be asked to judge at one of the big, prestigious shows. It’s a thrill. One thing that makes it so is that these shows tend to draw dogs of excellent quality, and it’s always a pleasure to go over quality dogs.

When you’re judging a televised show, you have to do it with an awareness of the constraints. Timing is a factor, and you must work around specific breaks. I try to relax during these; at the AKC/Eukanuba National Championship I tried to make it a point to also allow the dogs to relax, so that they did not have to stay posed or do anything that would limit their performance.

At these shows, it’s always a challenge to be on time and yet to still judge the way I normally do. I have a certain pattern that I try to follow. I find that I want to look at each dog in profile, when they come into the ring. I also want to look at them in profile for my first impression when they come up for examination, and let my hands do a lot of the work. Much is in what I’m feeling; I know what I want to feel.

During the exam, I look at a dog from the front, side, and rear, and then when they’re gaiting. I want to see how they stop fore and aft, how they look in profile as they stop, and then be able to watch them as they go around the ring. Sometimes it’s difficult to get that all in, but I was able to use this pattern at the AKC show. It’s the pattern I used at Westminster as well.

Despite all the glamour of the big show, flash and showmanship do not have any added importance for me when judging. It is not any different for me: A show is a show is a show. Getting my hands on a wonderful dog, no matter where he is, is still a thrill. Showmanship has never played a tremendous part to me in judging dogs. It’s a little “extra.”

Now, when you talk about things that are typical of a breed in terms of the way they present themselves, such as in a look in their eye or how they move, this is breed character, and then it is very important. If a breed is supposed to move proudly with its head erect, that’s going to be important to me. If it’s a breed that is to lower its head as it is moving, lower its center of gravity as it is moving, then that’s important, too, because it’s in the breed standard.

Where showmanship does come into play is when you find two dogs very close in quality. In placing one over the other, yes, it might be the difference. But flash and showmanship do not by any means play a major role when I am making decisions at the group levels, whether it be a small show or a large one.

Because of the quality in the ring at the big event, you may find yourself in the position where you want to be able to pull 9, 10, or 11 dogs. Sometimes that’s where the time constraint is unfortunate. You know how much time you’ve got, and you’ve figured that if you’re going to be able to finish this group in the timely fashion that they hope you will, you can pull seven, or you can pull eight, but there may be many more deserving dogs than that in the ring.