History of Dog Agility: The Evolution of the Fast-Paced AKC Sport

In 1996, the AKC's first World Agility Team was established and competed in Morges, Switzerland. That year, the large dog team earned ninth place in the international competition. Photo: AKC Gazette

History of Dog Agility: The Evolution of the Fast-Paced AKC Sport 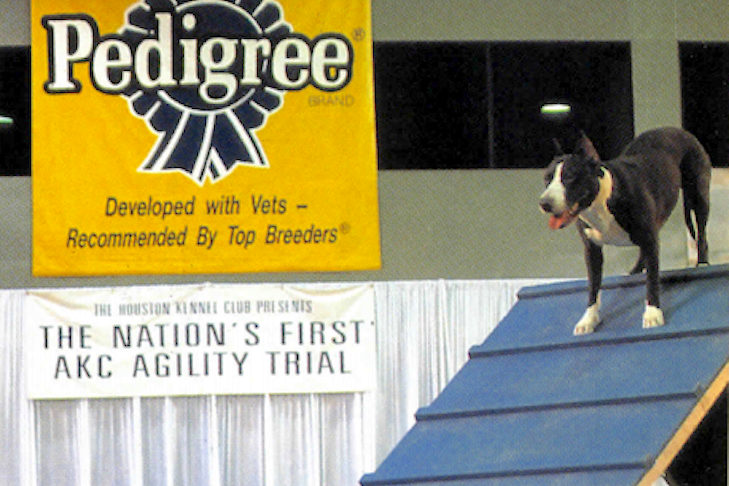 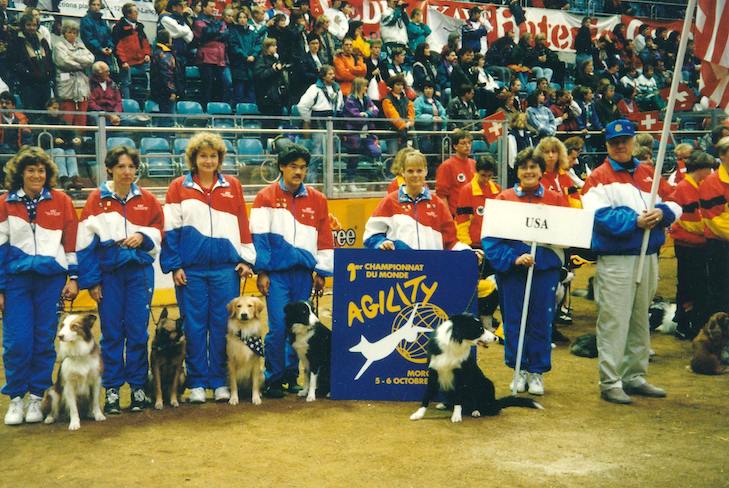 /
In 1996, the AKC's first World Agility Team was established and competed in Morges, Switzerland. That year, the large dog team earned ninth place in the international competition. Photo: AKC Gazette 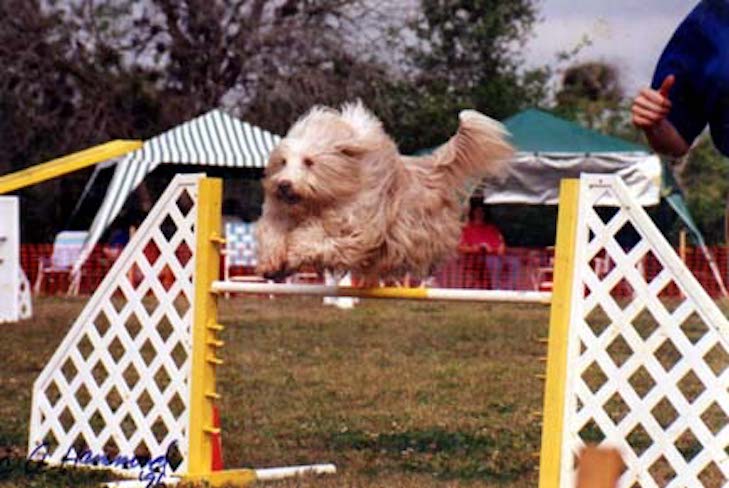 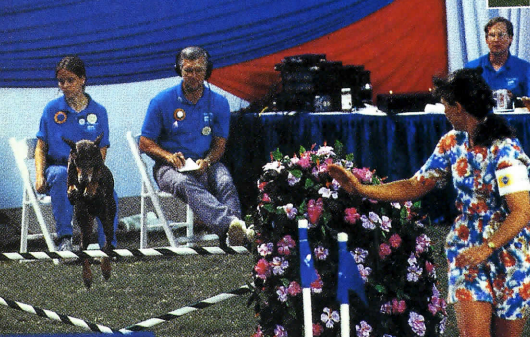 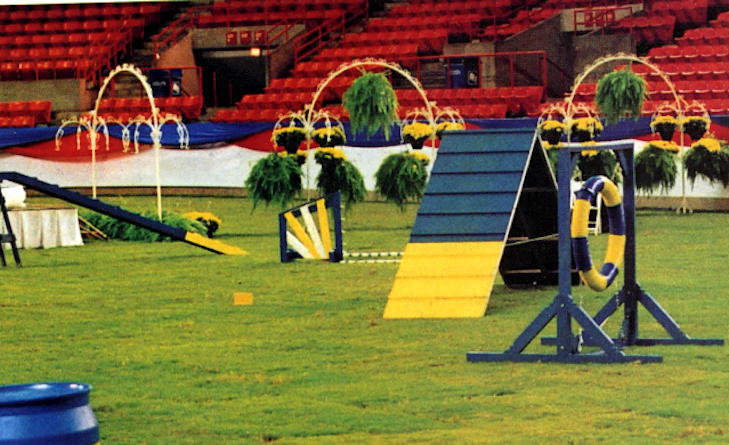 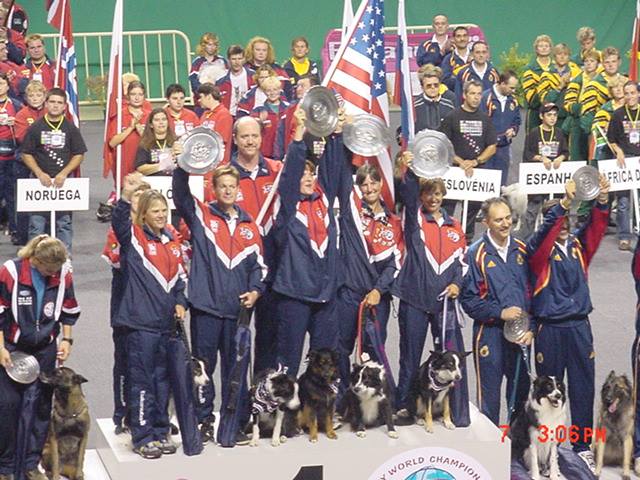 The fast-paced sport of dog agility has rapidly grown to become one of the most popular dog events. Agility captivates spectators of all ages—regardless of how much they know about dogs and dog training—and it’s even more fun to play.

The Beginning of Dog Agility

Dog agility’s roots go back to the United Kingdom and the legendary Crufts Dog Show. In advance of the 1978 Crufts annual show, as part of the show committee, John Varley was tasked to create an event that would entertain the audience between existing conformation and obedience segments of the show. John Varley collaborated with Peter Meanwell to create the first dog agility demonstration. The 1978 Crufts agility demonstration was broadcast on Belgian television and a recording can be viewed below.

Varley, who narrates the competition, starts by explaining that his goal with the creation of this event was to “bring some fun into the more serious side of Crufts … it has been designed to test a dog’s ability over a number of obstacles and against the clock.” The competition starts with an Alsatian Shepherd (or, as we would call them, a German Shepherd Dog) and then several Border Collies complete.

This first agility course was similar to our modern agility courses with tunnels, the now-retired collapsed tunnel, a frame and jump (including one made from a literal tire), and a catwalk, which Varley noted in the footage should perhaps be renamed a dogwalk—and, of course, it ultimately was. Initially they only had one jump and it was very high. After the success and popularity of the 1978 demonstration, agility returned to Crufts in 1979 and, in 1980, The Kennel Club (the official kennel club of the United Kingdom) officially recognized dog agility as a sport and began sanctioning trials.

The inspiration for the first dog-agility demonstration for Crufts came from the sport of equestrian show jumping. Varley, who had experience in the horse world, worked with Meanwell, an experienced dog trainer with a successful history with Working Trials (a UK dog sport that is a physically demanding civilian equivalent of police dog work). Furthering the connection to the horse world, in 1979 the first Pedigree Chum Agility Stakes Finals were held in collaboration with the Olympia Christmas Horse Show in the UK. In the years to come (including today), many dog agility competitions and training classes would take place in horse arenas.

In 1993, the American Kennel Club held an advisory committee meeting around agility as a sport and named Sharon Anderson as the AKC consultant on agility. Anderson, who would later receive an AKC Lifetime Achievement award, is credited with developing the AKC’s agility program and served as the Director of AKC Agility before retiring in 2008.

On August 11, 1994, the AKC’s first licensed agility trial took place in Houston, Texas, at the Astro World Series of Dog Shows. There were 192 dogs from 58 breeds entered in the trial, with dogs and their handlers traveling from across the country and Canada. In 1996, the AKC’s first World Agility Team was established and competed in Morges, Switzerland. That year, the large dog team earned ninth place in the international competition. Also in 1996, the First AKC Agility National competition was held in Tulsa, Oklahoma with more than 200 dogs entered.

As a modern sport, agility is welcoming to dogs of all sizes with multiple jump heights. In 2009, the AKC Canine Partners Program was created, which enabled mixed-breed dogs to compete in AKC performance sports including agility. As agility courses have become more technical and as more is learned about canine safety, the sport has evolved to accommodate that. For example, in 2016 the AKC suspended use of the collapsed tunnel. In response to the COVID-19 pandemic, the Agility Course Test (ACT), an entry-level agility event for new dogs and handlers, even has a virtual option so that everyone can compete safely while maintaining social distancing.

Today, agility is one of the most popular and recognizable canine sports with more than one million entries into AKC agility programs each year.

Related article: Get Started in Dog Agility at Home
https://www.akc.org/wp-admin/admin-ajax.php
Get Your Free AKC eBook