Can Dogs Eat Wheat And Other Grains? 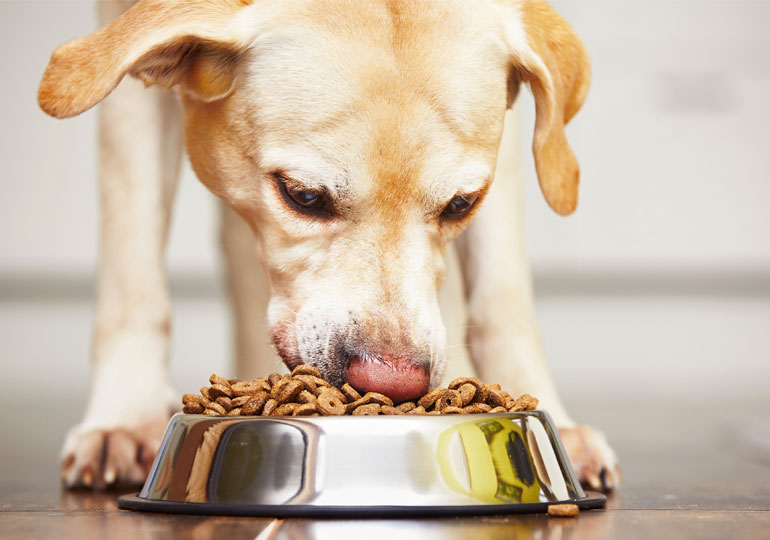 A walk down the pet food aisle shows high-end (and high-priced) kibbles boasting “grain-free” formulas. We’re made to feel guilty if we feed our dogs the dreaded grain. But what’s the big deal?

Grain may have gotten a really bad name from the 2007 pet-food contamination tragedy in which wheat gluten imported from China had been contaminated with industrial chemicals used to falsely boost protein-level readings and caused kidney damage when ingested. Thousands of pets got ill and many died. Of course it wasn’t the grain itself that was the culprit, but that’s what many people remember.

Combine that incident with the human gluten-free food fad, and it’s only natural that health-conscious pet owners would consider the same for their dogs. It’s not that wheat gluten is evil. It’s that about 10 percent of people have gluten intolerance. The rest of us are just fine with it. We don’t know what percentage of dogs may have a similar condition, but chances are it’s not all of them.

Do Grains Cause Allergies?

What about the claim that grains cause food allergies? Grains don’t cause allergies. They can, however, be the target of allergies, and some foods are more allergenic than others. Those foods are specific ones, such as wheat, not general categories, such as grains.

The top five allergy-provoking ingredients for dogs are (in order):

Some dogs can have an allergy to storage mites. Several studies have found that dry dog food that has been opened and stored in non-sealed containers for six weeks often (but not always) grows storage mites. The studies did not differentiate between grain-free foods and those containing grain. One study concluded that these mites can be prevented by storing food in cool, dry environments, in sealed containers, and for not more than a month. They also concluded that while dogs can be allergic to storage mites, more are allergic to household dust mites.

Some people are concerned about the use of genetically modified grains. They believe their use can lead to “leaky gut syndrome” in which small fissures develop in the gut lining, allowing bacteria, toxins, incompletely digested proteins, and fats to leak into the bloodstream, triggering an autoimmune response resulting in food sensitivities, fatigue, skin rashes, gas, and bloating. But there is no actual evidence of this occurring—at this point, just speculation. Nonetheless, if GMOs concern you, look for foods with less popular grains, which are less likely to be genetically modified. These include barley, oats, millet, quinoa, teff, buckwheat, and amaranth.

There’s also the perception that dogs should be eating a diet similar to their wild ancestors’. When was the last time you saw a wolf nibbling the kernels off a corncob? However, dogs are actually different from wolves in this regard; in fact, scientists believe that one of the physiological changes that helped dogs evolve alongside humans was the ability to digest starch. Dogs have differences in 10 key genes compared to wolves that enable them to better utilize grains than wolves can.

This idea probably came about from the Atkins low-carb diet popular with humans. But grain-free does not mean carbohydrate-free. Grain-free foods contain about the same amount of carbohydrates as foods containing grains. In actuality, wheat gluten contains more than 80 percent protein, is 99 percent digestible, and has an amino acid profile similar to meat proteins. Corn, when prepared properly, is actually an excellent source of highly digestible carbohydrate, essential fatty acids, and fiber, and can be an especially crucial ingredient in diets for dogs with medical conditions requiring reduced fat or protein.

Are Grain-Free Diets A Waste Of Money?

If you’re feeding them for one of the above reasons, and your dog was otherwise doing well on a grain-based diet, probably yes. If your dog prefers a grain-free diet, is doing well on it, and you can afford it, then go for it. But if your dog is doing fine on a non–grain free diet, and your wallet is hurting, stow the guilt and buy the grains!