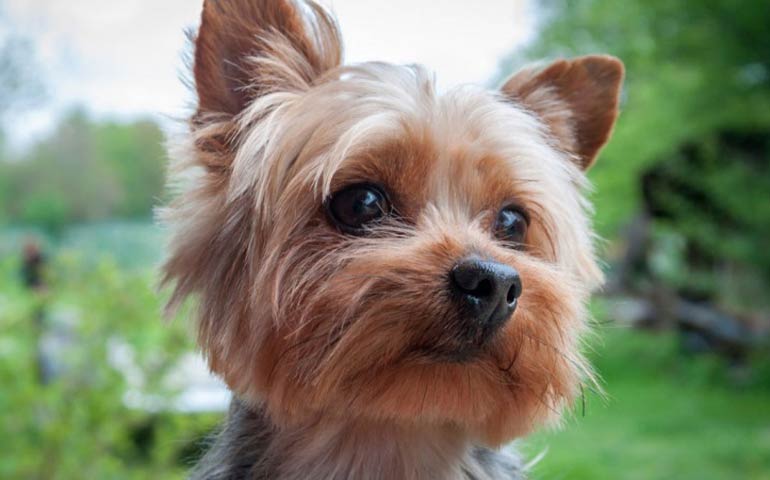 A 79-year-old New York woman is crediting her Yorkshire Terrier, Labella, with saving her life. When Dottie Fisher was napping last week, Labella, a hearing-alert dog, jumped on her and incessantly nudged her. Although Labella will let Fisher know when a doorbell is ringing or calling on the phone, she's rarely so insistent. And true to her breed, she's usually more independent than clingy.

“Yorkies don’t like to be cuddled so I thought it was funny that she got up on my lap and kept poking me,” she said in a KHOU article. Then she noticed a pain shooting down her arm from her shoulder.

Labella then called a medical hotline, who advised her to go to a hospital. There, she was diagnosed with a blocked artery that may have turned into a heart attack. She was hospitalized and underwent a procedure to correct the problem, while Labella stayed with a friend.

In spite of the following media coverage, Fisher didn’t find her loyal dog’s intuitiveness to be all that unusual. “Dogs can sense when one’s owner is not well or when there’s a problem,” she says.

Another Yorkie owner likewise touted the intelligence of Yorkies, claiming that his saved him during a Bigfoot sighting in North Carolina last week. See it to believe it here.

Read more about the ways that dogs are attuned to their owners here.

And learn the many human-like qualities that dogs have here.