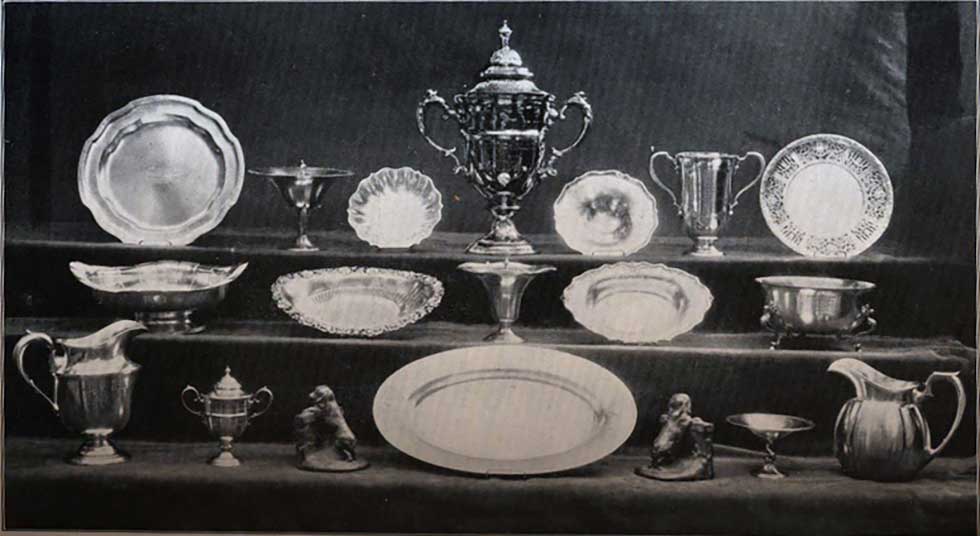 The Greenwich Kennel Club (GKC), one of the oldest all-breed dog clubs in the tri-state area of Connecticut, New York and New Jersey which held its first annual all-breed dog show in 1930, is in the final preparation stages for their 2015 annual outdoor dog show that is taking place on June 6th. This well-established outdoor dog show is one of the largest held in the New England area. The main sponsor of the show this year is the Veterinary Cancer Center, also providing support is local aviation firm, PSR Elite. In addition to the GKC all-breed dog show, there will be special Foundation Stock Service (FSS) Open Shows for Miscellaneous and FSS Breeds hosted on Saturday by the Hungarian Pumi Club of America and on Sunday hosted by the American Portuguese Podengo Medio-Grande Club.

The first Greenwich Kennel Club (GKC) dog show was held in Greenwich’s Bruce Park with its picturesque ponds, lawns, and gardens on June 14, 1930. This benched dog show was heralded as “the leading sport event of the season in this vicinity as far as society was concerned” as reported by the Greenwich News & Graphic. “Benched” dog shows were the norm. Long benches were erected at the show site and dogs were either in their kennel crates or tethered safely to their assigned benched area. The general public would have the opportunity to see the various breeds up close, talk to the owners about the unique features of their breed, and educate themselves on what breed would best match their life style. Herbert Hoover was President, young Howard Hughes was making his next classic film, Hell’s Angels, and men were wearing their summer straw hats while women’s clothes were changing from the boyish, flapper dress of the twenties to a softer, more feminine look.

Cover of the first Greenwich Kennel Club show catalogue from 1930 from the AKC Library.

The 1930s Show Chair was Miss Marie J. Leary who was well-known for her “Cosalta” German Shepherd dogs and a founder of the Club. The list of registered owners included Herbert Nathan Straus, the son of Isidor Straus who was an owner of the R. H. Macy department store and perished in the wreck of the Titanic; Mr. and Mrs. H. Terrell Van Ingen of the Pinefair Kennels, breeders of Cocker Spaniels and Cairns; and Samuel G. Allen, President of GKC and one of the founders of the English Springer Spaniel Field Trial Association. This first show drew an astounding 1,230 dogs with 1,540 entries in six classes: Sporting, Sporting (Hounds), Working, Terriers, Toy and Non-Sporting. The Best in Show winner was Little Emir a Pomeranian owned and bred by Mr. Vincent Matta of Astoria.

The Club continuously held shows from 1930 to today with the exception of 1943-1945 due to World War II. During the Club’s long history, it attracted an impressive member roster including William A. Rockefeller of Rock Ridge Kennels with their Bedlington Terriers, the Honorable Townsend Scudder, who was a chief justice for New York State, and Pat Harrah whose Great Uncle was one of the original members, Herbert N. Straus. Pat was known for her boxers and a member of GKC for over 40 years.

Best in Show perpetual trophies are maintained to this day. These three trophies were donated in the names of key Club members. They were the Daniel J. Leary gold tone cup, the estate of Mrs. H. Terrell Van Ingen offers the Phyllis W. Quirk Memorial Trophy, and the estate of Mrs. Nathan R. Allen offers the Kay Duncan Memorial Bowl, the latter two are sterling silver.

GKC is a non-profit organization that supports various animal welfare groups and health research programs through the proceeds of their shows.

Let your pup be your furnace advert from the Greenwich Gas Company.

Advertising in the 1930 Event Catalogue from the first show.

Inside the 1930 Greenwich Show Catalogue with the Judges List.

A special thank you to Joy Brewster and Veronica Scheer of Greenwich Kennel Club for their help sharing this story.