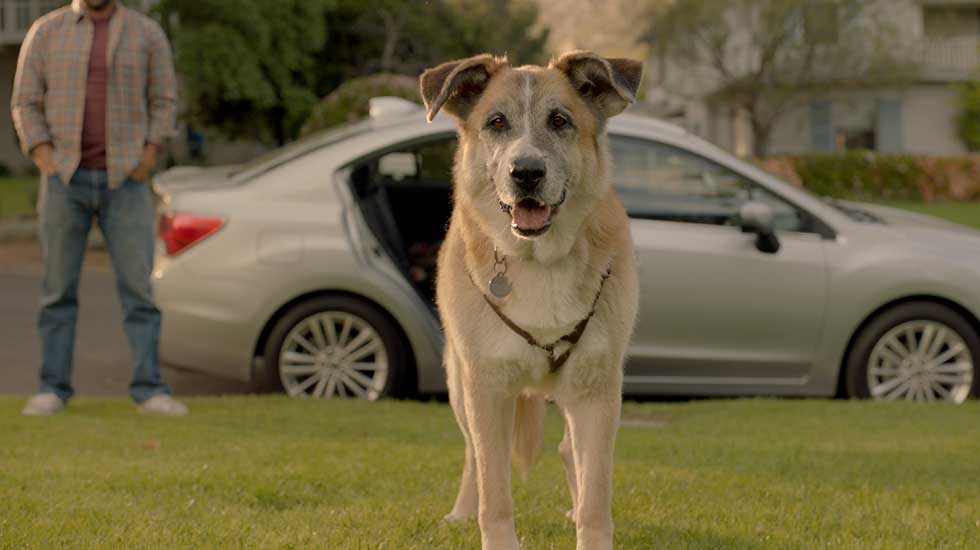 For years Subaru has taken a novel approach in its TV ads: targeting dog owners. The auto maker launched its “Dog tested. Dog approved.” spots in 2010. The campaign was immensely successful at linking Subaru vehicles to the joys of dog ownership, especially among upscale young families that are Subaru’s dream demographic.

“The idea was to emotionally connect with the customers,” Subaru marketing executive Kevin Mayer told Ad Age, “so we asked our agency to do something different in a way from the communication we typically have with them.”

In 2013, Subaru rolled out its popular “Meet the Barkleys” commercials, featuring an average American family who love driving around in their Subaru—and just happen to be Labrador and Golden retrievers:

On July 2, Subaru launched yet another dog-themed ad, “Dream Weekend,” in which a man indulges his grizzled 14-year-old dog with a “bucket list” trip of a lifetime—in a Subaru Impreza, of course. Scored to Willie Nelson’s poignant “I’ve Loved You All Over the World,” the new commercial has more of an emotional tug than Subaru’s previous dog spots, which were played for laughs. And at just 30 seconds, it’s a marvel of economical storytelling and salesmanship.

If you’ve ever known the love of a good old dog, try watching this without misting up: