Study: Sleeping With Pets May Be Beneficial 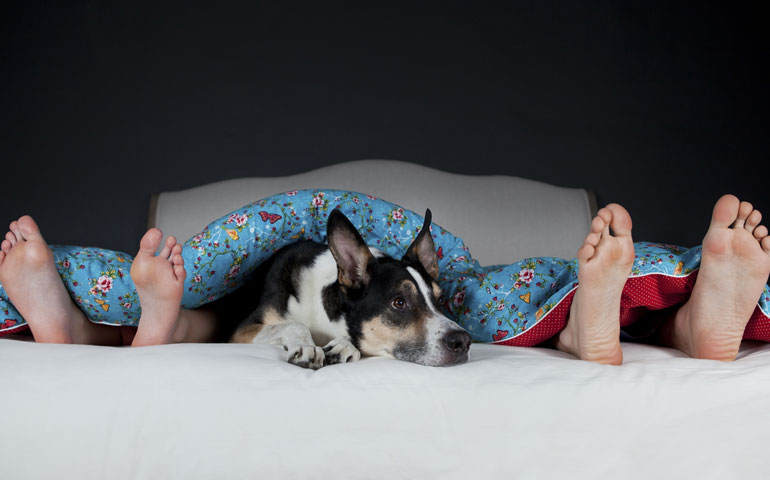 You may get a better sleep if your dog spends the night by your side, according to a new study by the Mayo Clinic.

The Mayo Clinic surveyed 150 patients at its Center for Sleep Medicine in Arizona and found that of the 74 individuals who lived with pets, more than half (56 percent) allowed their pets to sleep with them at night. Of the individuals surveyed, 41 percent reported that their pet either did not disrupt their sleep or actually helped improve sleep by providing warmth, contentment, or relaxation. Individuals also claimed that having a pet in bed made them feel a sense of companionship when sleeping alone due to a lack of partner or a traveling partner.

“Many pet owners view companion animals as family members that they wish to incorporate into as many aspects of their life as possible,” the study said. “Because humans spend considerable time sleeping, a pet owner's desire to have animals close at night is understandable.”

Previously, scientists have reported that this habit could be problematic. A 2011 study claimed that allowing pets in the bed could put a person at risk of certain zoonotic diseases, such as plague, meningitis, and parasitic infections. And a 2014 Mayo Clinic study found that more than half of patients at the Center for Sleep Medicine were pet owners who claimed their companions disrupted their sleep.