Child With Autism Saved From Nightmares By Service Dog 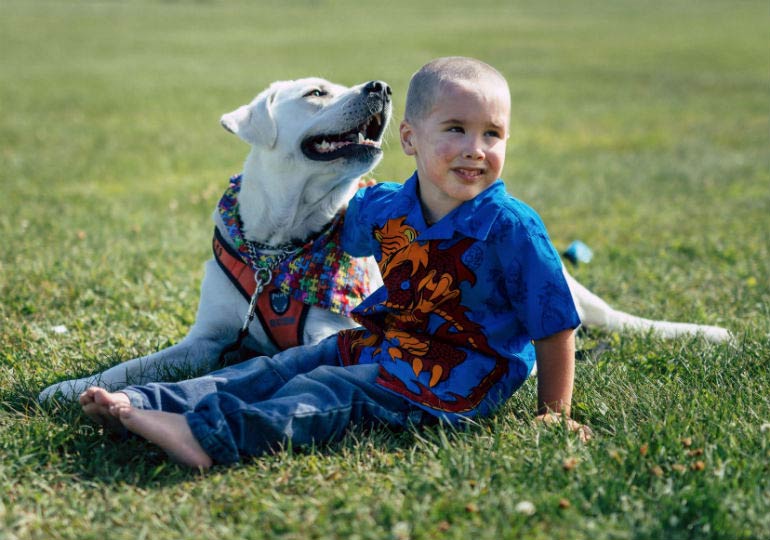 Sleep has never come easy to Tupper Dunlop. But thanks to the friendship with a Lab named Lego, he’s finally getting some much-needed rest.

Since Tupper, a young boy from Winnipeg, Canada, was an infant, he hadn’t been able to sleep for longer than 45 minutes at a time because of discomfort and nightmares, CBS reports. He was also nonverbal until recently, and at two years old was diagnosed with autism spectrum disorder.

While seeking a way to support their son, Tupper’s parents noticed a certain tenderness the boy showed towards a friend’s dog. They realized a service dog may benefit him. After using GoFundMe to raise the $30,000 needed to purchase a trained autism service dog, the family brought home Lego in December 2015. The two-and-a-half-year-old Labrador Retriever helps keep Tupper from running into roads or other dangerous scenarios. Also, he helps Tupper sleep through the night by cuddling up next to him. “Lego has a great calming effect on Tupper and provides a companionship for when he needs to regulate himself,” Nancy Dunlop, Tupper’s mother, told CBS. See the close friendship the pair share in the video below.

The effects of dogs on individuals with autism have become more publicized in recent years. Some studies show that having a dog can lead to increased social skills, independence, confidence, and assertiveness, in addition to the benefits we all see from our canine companions, including lower stress levels, lower blood pressure, and more.

This Giant Dog Saved An Autistic Girl Just By Sitting Down