Scientists Have Finally Discovered Why Diabetes Alert Dogs Are So Successful 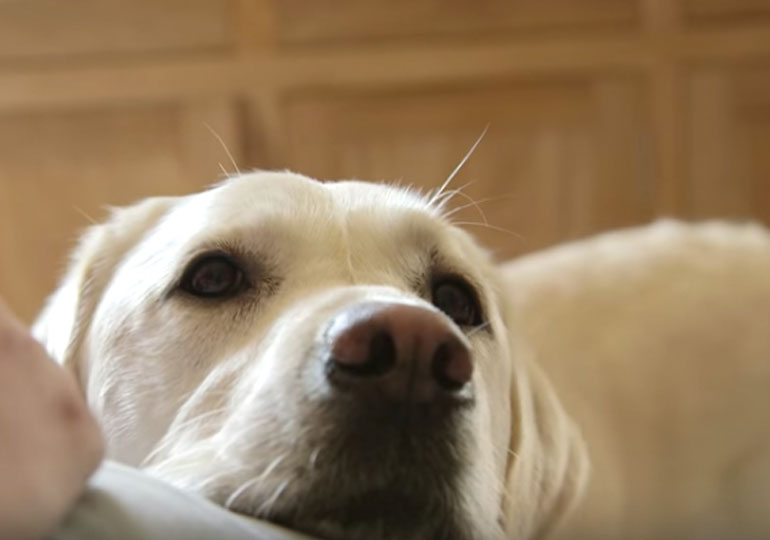 For individuals with diabetes, keeping track of their blood levels is a task that’s both tedious and stressful. Hypoglycemia—or low blood sugar—can cause shakiness, dizziness, trembles, and in severe cases, even seizures and loss of consciousness.

Training dogs, known as diabetes alert dogs or diabetes assistance dogs, to detect blood sugar drops has been anecdotally proven to be successful in many cases, but until now researchers were never quite sure exactly how the dogs were able to sense an oncoming episode.

But researchers at University of Cambridge believe they’ve cracked the code. In a recently concluded study of eight women with type 1 diabetes, researchers found that a chemical called isoprene is present in elevated levels during hypoglycemic episodes. Although this chemical goes unnoticed by humans, a dog's sharp nose can pick it up.

They published their results in Diabetes Care journal and explained the findings in a video (scroll down to watch).

The video features Clair Pesterfield, who has type 1 diabetes, and her medical alert dog, Magic. She explains that Magic has signaled for signs of hypoglycemia more than 2,000 times, including many incidents when she’s asleep and unaware her blood sugar is dropping.

Earlier this year, a Labrador Retriever named Jedi made the news after he woke his owners up when their young son’s blood sugar had dropped dangerously low.

Researchers are hopeful these findings can lead to the creation of a breathalyzer-type device to detect hypoglycemia and improve the standard of care for diabetes patients.