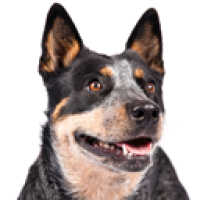 State legislators across the country are stepping up to recognize the canine heroes among us. This issue is near and dear to the American Kennel Club as AKC dog owners were instrumental in forming a civilian organization called Dogs for Defense in 1942 with the intent to train dogs as sentries for supply depots along the coasts. After hearing of these efforts a pilot program was officially approved by the US Army in March of 1942 and dog training centers were opened across the country. We are pleased to see recognition coming to these valiant and heroic dogs.

The Pennsylvania General Assembly adopted Representative Maria Donatucci’s House Resolution 137 in 2013 and House Resolution 678 in 2014 to honor the contributions of these special dogs. These measures recognize dogs that serve in customs, search and rescue, border patrol, secret service, drug enforcement and the military and commends K9 dogs for being “loyal, loving devoted and known for placing themselves in harm’s way, to make the ultimate sacrifice and lay down their lives for their partners, handlers, trainers and helpers.”

Under consideration in Kentucky is Senate Resolution 232 which recites the history of K9 Veterans by saying that, “by the end of World War II, over 10,000 dogs were trained to search for land mines, tunnels, traps, trip wires, and other hazards undetectable to the two-footed soldier. Moreover, dogs were trained to alert troops of ambushes, protect camps, and track enemy soldiers and snipers. As a result of increased training, the Japanese never ambushed or attacked a patrol led by dogs, saving the lives of countless soldiers.” Further “over 30,000 dogs have served in the military since March 13, 1942, with over 1,500 and 4,000 dogs deployed during the Korean and Vietnam conflicts, respectively. As of 2012, approximately 2,800 active duty dogs have been deployed around the world, including over 600 in Iraq and Afghanistan.”

The idea of a K9 Veterans Day originated with a retired military working dog trainer named Joseph Wright who wanted recognition for dogs who serve in military, law enforcement and other capacities. He selected March 13th because it is the official birthday of the US Army K9 Corps. We look forward to seeing other states join in the effort to recognize the contributions of these canine heroes. AKC’s federation, the Colorado Federation of dogs clubs is beginning their preparations for a 2015 event. If your federation or club is interested in initiating a similar measure in your state legislature please contact the American Kennel Club’s Government Relations department at 919-816-3720 or doglaw@akc.org.