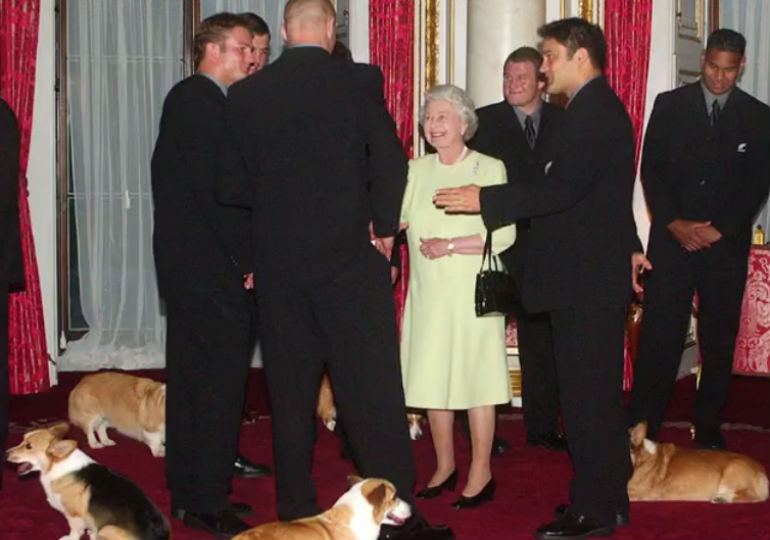 The Pembroke Welsh Corgi is beloved, especially by the internet, for silly antics, short legs, and of course, for being the royal dog of choice for Queen Elizabeth II. Queen Elizabeth is known for always having a few Corgis by her side, and now, a British war surgeon has shared the unbelievable story of how the Queen and her dogs comforted him during a PTSD attack.

Dr. David Nott, a vascular surgeon, visited Buckingham Palace in 2014, shortly after returning home from Syria. As he was meeting with Queen Elizabeth, he was overcome by a PTSD attack, People reported

Sensing something was wrong, the Queen brought out her Corgis and suggested that Dr. Nott feed them with her. The two fed the dogs for 20 minutes during their lunch, helping calm Dr. Nott and allowing him to recover from the attack.

“Stroking animals, touching them, and feeding them – we just talked about the dogs and how many she had. She was just so warm and so wonderful. I will never forget it,” Dr. Nott told BBC Radio Four's Desert Island Discs.

The Queen's incredible compassion and kindness only adds to our admiration of her, and of course, for her clearly therapeutic Corgis.

Queen Elizabeth has had corgis, as well as a couple of other breeds, throughout her reign, and recently, she even posed with them for the cover of Vanity Fair.

On the cover: an exclusive Annie Leibovitz portrait of the Queen to honor her 90th birthday https://t.co/Wav3TOu6ol pic.twitter.com/wO48PXD7a5

Learn more about Queen Elizabeth and her Corgis through the years in the video below:

Know what the Queen's second favorite breed is? Find out here.