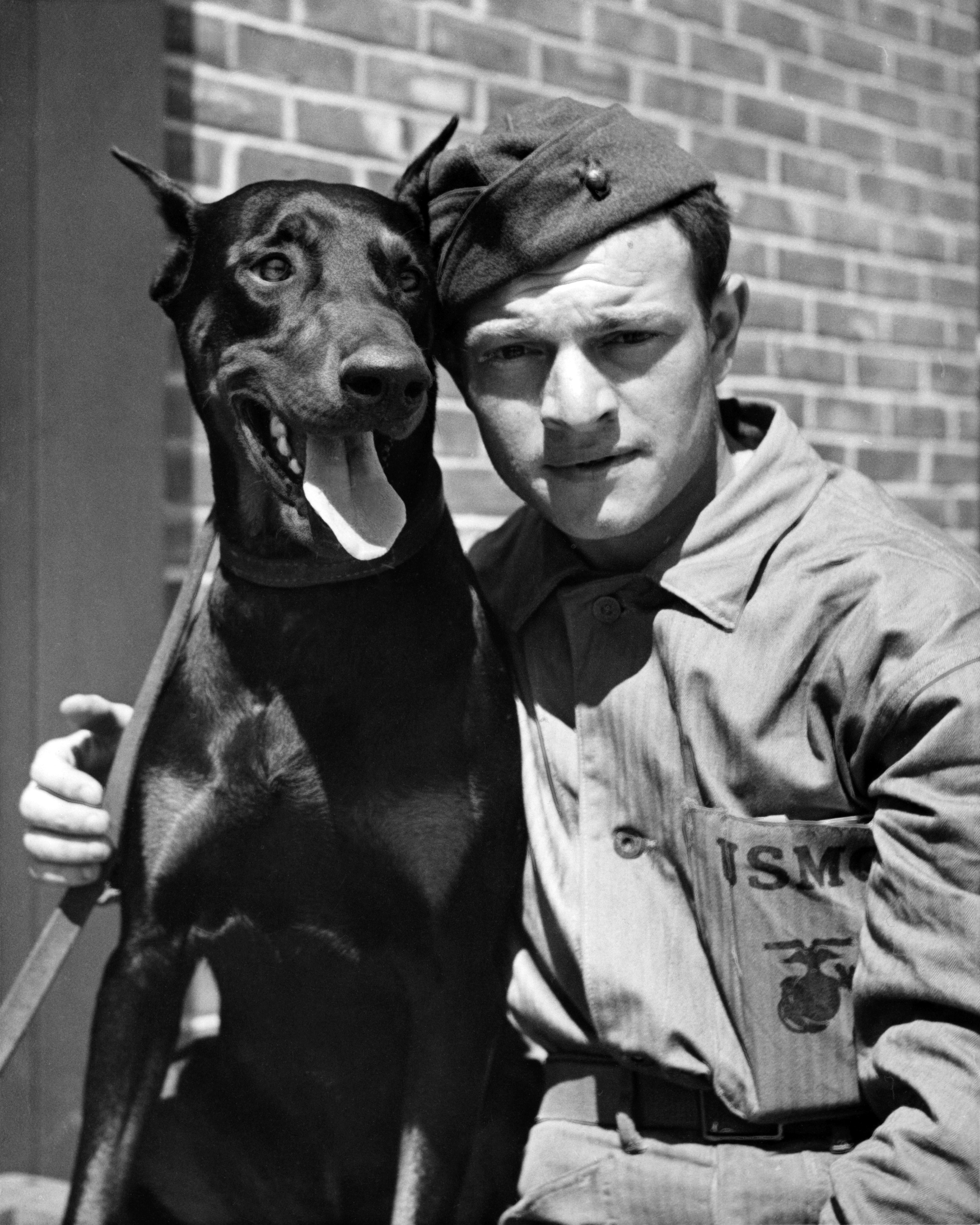 Of the thousands of letters the Gazette has received over the decades, perhaps none has epitomized the human-canine bond more vividly than this one delivered to our offices 68 years ago.

War is a grim business in which sentiment plays little part. But one of the most touching things in this global conflict is the complete mutual devotion, confidence, and understanding that exist between America’s war dogs and their handlers.

Such was the relationship of Marine PFC Robert E. Lansley of Syracuse, and Andy, an affectionate, alert Doberman Pinscher, formerly owned by Theodore A. Wiedemann of Norristown, Pa. Lansley and Andy went through months of bitter fighting on Bougainville, where the Devil Dog’s keen nose repeatedly saved Marines from certain and sudden death by discovering camouflaged Japanese machine-gun nests. He was cited for his heroism.

Then, one tragic night, Lansley wrote to his mother this letter—a Marine’s simple, yet beautiful tribute to his dog:

Dear Mom: My heart is wide open. My Andy is gone. The darn mutt got out and as he couldn’t hear because of deafness brought on by the shelling, he was run over by a truck.

I got the worst order the Marine Corps ever imposed on me. I had to destroy my Andy.

To think, Mom dear, he saved my life and I had to take his. No matter how many dogs they give me, I’ll never have the faith in them that I had in Andy. It seems that he was my other self.

Bob and his Andy are now together again. The Marine was later killed in action fighting on the island highway to Tokyo. —Clayton G. Going, July 1945

This article was originally published in AKC Family Dog magazine. Subscribe today ($12.95 for 6 issues, including digital edition) to get expert tips on training, behavior, health, nutrition, and grooming, and read incredible stories of dogs and their people.
*Turn off pop-up blocker to subscribe
AKC Privacy Policy
Founded in 1884, the AKC is the recognized and trusted expert in breed, health, and training information for dogs. AKC actively advocates for responsible dog ownership and is dedicated to advancing dog sports.