Meet the Bulldog Puppy Who Has a Very Important New Job 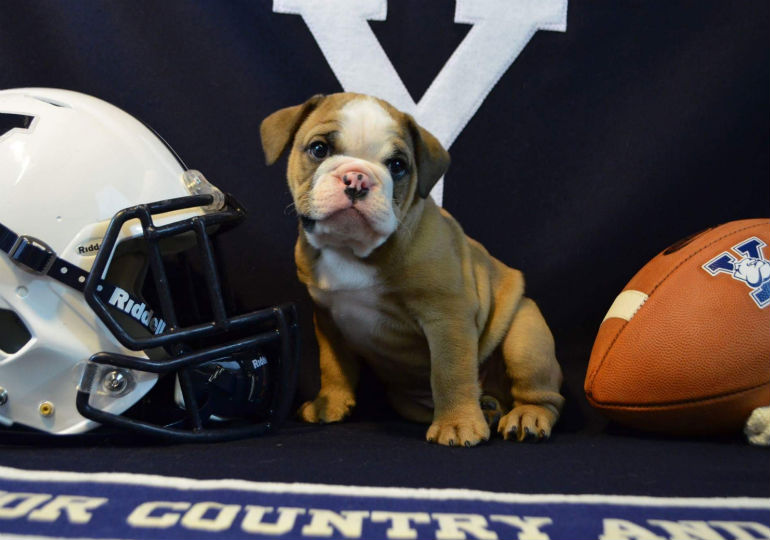 This Bulldog puppy is less than two-months-old, but he's already got himself a very important job. The pup's name is Handsome Dan XVIII and he is the new mascot for Yale University.

Handsome Dan XVIII follows in the footsteps of 17 other Bulldogs who had the proud job of representing Yale around campus and at sporting events.

The tradition of Handsome Dan was established in the 1890's by a young man from Victorian England who attended the school. Yale was the first university in the United States to adopt a mascot, making Handsome Dan one of the most well-known mascots in the nation.

Handsome Dan XVIII will be trained for his new role and have time to get acclimated to mascot life. In no time, he'll be strutting his stuff around campus!

Way to go, Dan! We wish you the best of luck!