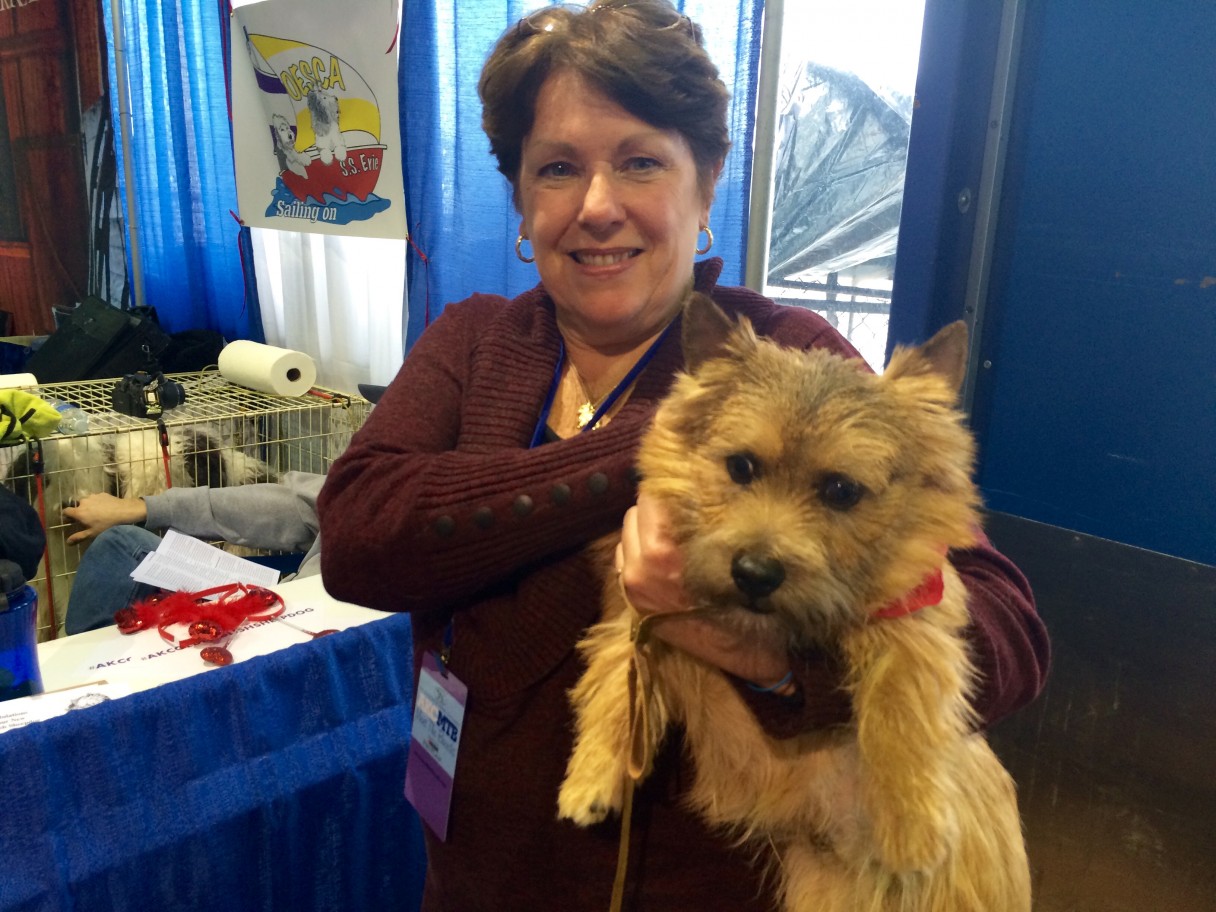 At today's AKC Meet the Breeds event there were over a hundred breeds of dogs to snuggle. Behind every adorable dog in attendance is a responsible, caring, and knowledgeable breeder.

We got a chance to talk with one and learn what got her into the world of dogs and a little about the furry loves of her life.

Judy Laffey, has been breeding Norwich Terriers for 12 years.

She said she started showing dogs as a hobby, but as she, “learned more about the breed and got more involved, the next step was to breed.”

Judy's first ever Norwich Terrier is still with her and is a wizened 13 years old. Her name is Liberty Bell, named in patriotic honor after the tragic incidents of September 11th, 2001.

Liberty Bell is the mother to one of Judy's two other Norwich Terriers, Page. Page was cleverly named by Judy's husband after the famous golf course, Bethpage State Park Black in Farmingdale, New York. The other puppies in Page's litter share the naming theme.

Page is Judy's first homebred champion. The pretty girl is well rounded, a winner of the agility and rally versatility award in addition to her victories in the show ring.

Norwich Terriers are a sweet and rugged little breed. Judy was instantly drawn to them, describing them as a “big dog in a little body.”

Judy's third Norwich, Riley, has both a wonderful story and personality. Judy was contacted by a friend who said they had the perfect dog for her. She was hesitant at first, but when Judy asked to find out more about him, she was pleasantly surprised to learn that her and little Riley shared a birthday. It was a sign. They have been together ever since.

Riley is now two-years-old and made an adorable appearance at this year's Meet the Breeds, loving all the attention.

Judy described Riley as the funniest of her three Norwich Terriers, “He will lay on his back in the middle of the living room and let you just step over him.”

She shared her knowledge and personal stories while cuddling little Riley.