Marine Organizes a Hero’s Goodbye for His Bomb Sniffing Dog 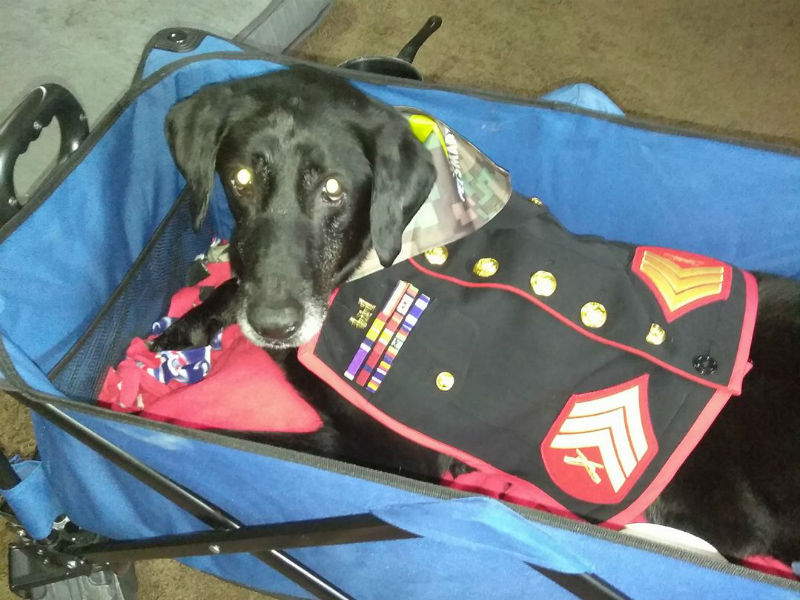 One of the hardest things we have to do in life is say goodbye to our dog when it's his time. It's even harder when you have to say goodbye to the dog who was not only your best friend, but your protector, serving alongside you in Afghanistan.

Lance Cpl. Jeff DeYoung spent nine months working in Afghanistan with Cena, a Black Labrador Retriever, who sniffed out improvised explosive devices. This week, DeYoung made the tough decision to lay Cena to rest after the Lab was diagnosed with bone cancer and given only weeks to live.

Cena, who was 10 years old, retired from the military in 2014 and then came to live and work with DeYoung, WoodTV reports. In order to properly honor “the dog who saved his life,” DeYoung organized a hero's goodbye for Cena.

DeYoung received a donated Jeep so that he and Cena could have one last ride together. Both in uniform, the two were led in the Jeep with a police escort and procession of more than 20 motorcycles and 30 other Jeeps and trucks.

The ride ended at the USS LST 393, a World War II ship, which is now a museum. DeYoung carried Cena on board as a three-volley salute sounded and “Taps” played.

It was a beautiful and touching ceremony for a well-deserved dog. The video will bring tears to your eyes.

DeYoung shared his heartache on Facebook, writing about his last night with Cena: “He has blessed my life with love and admiration, happiness and strength. Because of him I got to have a family. Because of him I was able to live.”

When speaking to WoodTV, DeYoung expressed how thankful he was for the overwhelming community support. “The support, all the love people are giving him, he can see it and he can feel it,” he said.

Rest in peace, Cena and thank you for your service. And our thoughts are with Jeff DeYoung and his family during this difficult time.