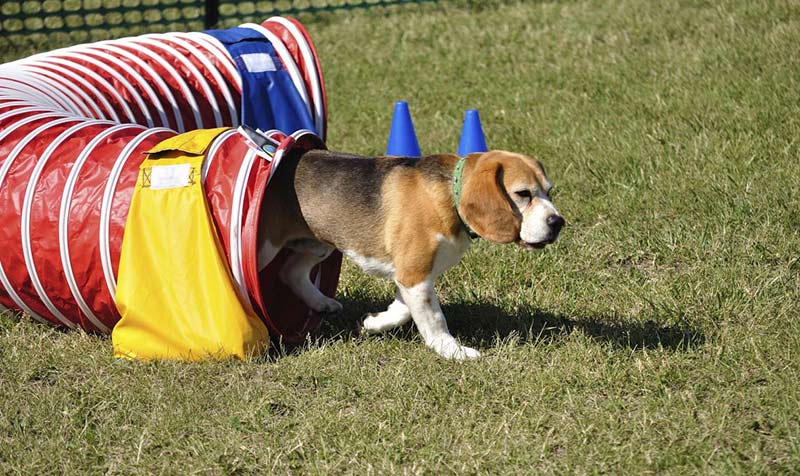 Agility is in every sense of the word a team sport, a combination of speed, consistency, and trust. This is a sport filled with magical runs, but also frustrating disappointments. Perseverance builds character when training plans don’t succeed and the only choice is to try again. The dedication and commitment of these Junior Handlers who compete with poise and confidence is a joy to watch. The AKC Junior Agility Competition is a culmination of a year of hard work, and I was able to speak with a few of these very talented junior handlers before they competed.

Carly and Sullie have been working together less than a year, but they have 21 Double Q’s (“double qualifying” earned by completing the agility course within the time provided without faults) and are 48 points away from their Master Agility Champion Title (MACH). In order to acquire the MACH title, a dog must achieve a minimum of 750 championship points and 20 double qualifying scores from the Master Agility Excellent “B” Standard class and the Master Excellent Jumpers With Weaves “B” class. Way to go, Carly and Sullie!

Gabi with her Beagle, Ruby.

Gabi Loesch is 14 years old and has been competing for seven years. She competes with her seven year old Beagle, Ruby. They train one to two times a week. Gabi’s favorite thing about agility is meeting other Juniors. Gabi’s advice to juniors interested in starting out in agility is to have fun. She competed on the U. S. Team at the 2015 Junior European Open Junior Championship in the Czech Republic.

Anthony with his Rat Terrier, Zapit.

Anthony Rotelle is 12 years old and has been competing for five years with his Rat Terrier, Zapit. Zapit is two years old and his favorite treat is steak. Anthony and Zapit train every weekend. Anthony’s favorite thing about agility is that his dog has a good time. His least favorite thing about agility is contacts (A-frame, teeter, dog walk) Anthony’s advice to Juniors interested in getting started in agility is keep training and don’t stop trying.
AKC JUNIORS AGILITY COMPETITION results:

Congratulations to all the winners, and to all the Juniors who competed this year at the AKC Juniors Agility Competition. Congratulations for all your dedication and hard work. Way to go and best wishes for much future sucesss.