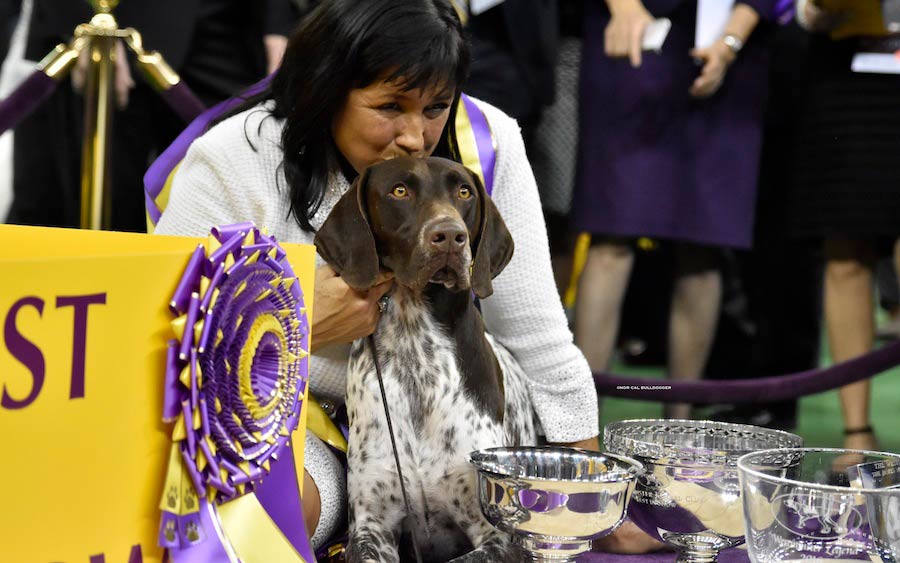 The Westminster Kennel Club recently announced that Mr. Thomas H. Bradley III is scheduled to judge Best in Show at the club’s 141st dog show Feb. 13–14, 2017. A lifetime participant in the dog sport, Mr. Bradley competed in his first dog show as a teenager in 1955, showing his German Shorthaired Pointer at the Adirondack Kennel Club show in Lake Placid, New York. He went on to become a breeder of German Shorthaired Pointers, Pointers, Labrador Retrievers, and English Cocker Spaniels under the Luftnase kennel name. Over the years he has also owned and shown Cairn Terriers, Whippets, and Cocker Spaniels, and more recently he has bred Border Terriers. He was co-breeder of the great Pointer Ch. Luftnase Albelarm Bee’s Knees, CD, JH, winner of more than 50 all-breed Bests in Show, three-time Best of Breed winner at the American Pointer Club national specialty (1989, 1991, 1992), and winner of the Sporting Group at Westminster in 1989.

Mr. Bradley was approved in 1965 to judge German Shorthaired Pointers, German Wirehaired Pointers, and Weimaraners, and he now judges all sporting breeds and Best in Show. In 1975 he joined the Westminster Kennel Club, and since then he has held many positions within the club, including communications director, but he is best known for his 15-year tenure as show chairman for the annual Westminster KC dog show in New York.

Mr. Bradley is also a founding member and executive director of Take The Lead, a charitable organization established in 1993 to support people in the dog sport with terminal or life-threatening illnesses.

He is the former president of Thomas H. Bradley, Inc., a wholesale hardware company in Watertown, New York, established in 1897 by his grandfather.

“On behalf of the Westminster Kennel Club, I would like to thank Mr. Thomas H. Bradley, 3d., for taking on the challenging role as our Show Chairman for the past 15 years. Anyone who has met or worked with Tom knows him as a consummate gentleman and a fair-minded person with great compassion for all involved in the sport. Tom has effortlessly steered our event through many transitions and contributed in innumerable ways. Thank you Tom for contributing to the legacy that is the Westminster experience, and thank you for your significant contributions through the many changes we’ve made in the past five years. In 2017 Mr. David A. Helming will be taking over the position of Show Chairman for the 141st Westminster Kennel Club show. We have every confidence that he will contribute to our ongoing innovations while maintaining the traditions of our club.” —S.M.

Mr. Bradley will be selecting his winner from the seven group-winning dogs sent to his ring by a panel of group judges from across the U.S. The group judges officiating at Madison Square Garden on the evenings of Monday and Tuesday, February 13 and 14, will be:

For the 84th year, a Best Junior Handler will be awarded at Westminster. On Tuesday, February 14, Dr. Steven Herman, of Dade City, Florida, will select the winner at Madison Square Garden. The eight Junior Showmanship finalists will be determined in preliminary rounds by Mrs. Mary Ann Alston, of Ocean Pines, Maryland, and Mrs. Joan Savage, of Banks, Oregon.

The judging panel for the Best of Breed or Variety competition held at Piers 92/94 in New York City on Monday and Tuesday, February 13–14, 2017, includes the following (pending AKC approval):