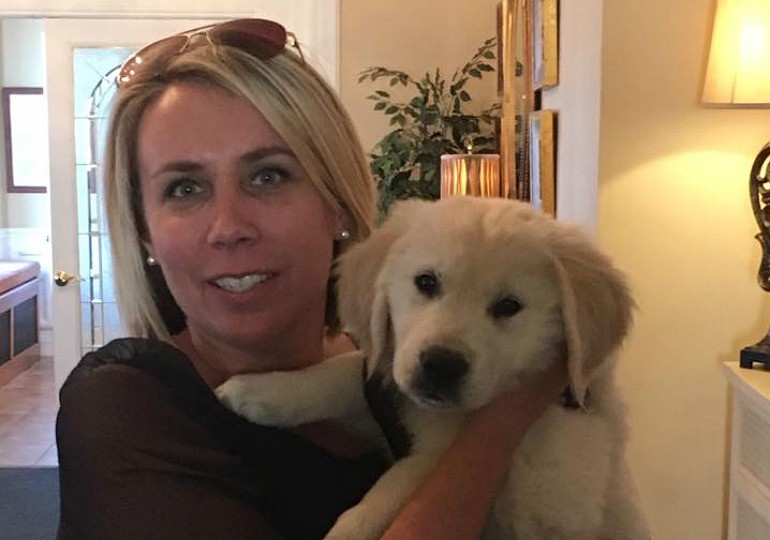 There's nothing harder than losing a loved one. This funeral home in Niles, Ind. aims to make the grieving process a little easier with the help of a grief therapy dog named Sir Winston Bailey Brown.

Sir Winston Bailey Brown is a four-month-old Golden Retriever and is currently training to be a grief therapy dog for Brown Funeral Home. Sir Winston will be available to offer comfort to families who attend services, reports the South Bend Tribune.

Sir Winston joined Brown Funeral Home on Oct. 22 and has already attended several visitations and funerals as part of his training. In addition, Winston is learning basic commands, as well as being conditioned to interact with people in different situations.

“We make him available to every family,” Funeral Home director Tim Brown told the Tribune. “It’s something we pre-approach to see if the family wants him to be part of what’s going on.”

And Sir Winston is already making a difference in the community. He helped Becky Woods and her family when planning a service for her mother, Harriet Dean.

“It’s like he sensed my sadness and joined me in my moment of grief. He acknowledged it and he quietly sat with me. He didn’t judge me. It was unconditional love. Pure and innocent,” Woods told the Tribune.

For Stefanie Bennett, Sir Winston is doing a special kind of healing. Sir Winston Bailey Brown was named partly for her son, Bailey Bennett, who passed away from cancer in June. Bennet and other suggested “Bailey” as part of the Golden Retriever's name in honor for her son's “never-give-up attitude and positive outlook.”

“Bailey was inspirational,” Stefanie Bennett said. “He tried to help us when we were sad for him. That puppy is doing the same thing. The first time I met him, it brought tears to my eyes. He’s a spunky little thing and so was my son. So, he will help a lot of people.”

Brown Funeral Home is looking forward to the success Sir Winston will have in continuing to provide service to families as he progresses with his training.

“We’re hoping that, for those experiencing grief here, having Winston around will put smiles on their faces, at least for a moment. It’s just something to lighten the load of that journey,” Brown said.

Learn more about therapy dogs from Denali and Bob in the video below.