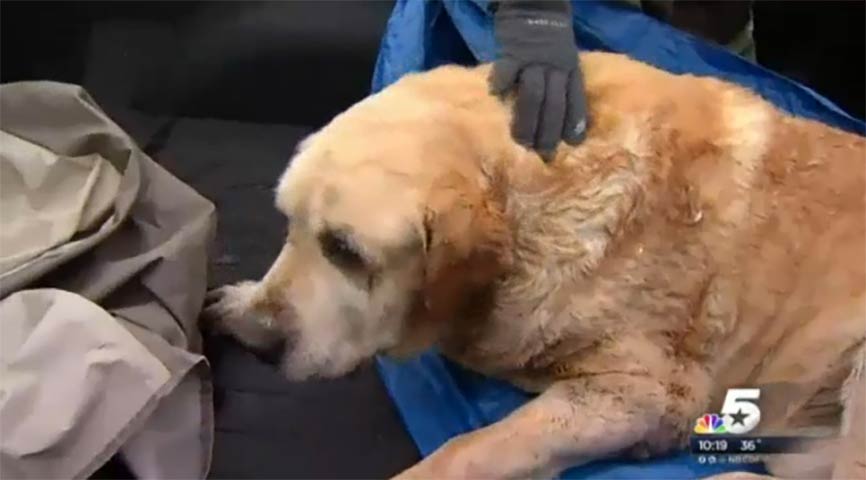 Michael Delgado’s family thought they lost everything when powerful tornados roared through the town of Rowlett, Texas, the day after Christmas. Their home and most of their belongings were gone, but they still have something to be thankful for—their yellow Labrador Retriever, Sawyer, and Chihuahua-mix puppy, Lucy. Both survived, even after being buried in rubble of the collapsed house for about 48 hours.

Two days after winds of up to 155 miles per hour reduced their house to a pile of splinters and debris, Delgado and his family were allowed to return to what was left of their home to see if there was anything left to salvage.

As they were poking through the remains of the house, they suddenly heard a faint but beautiful sound—barking. Millions watched the rescue of the two dogs, which were captured on video.

Lucy, described by a local news station as the “smaller and louder” one was pulled to safety as her rescuers called out, “Here, Lucy, Goosey.”

Neither dog had major injuries and both are expected to be fine.

Sawyer and Lucy were just two of the many pets affected by the storms, which destroyed homes and killed 11 people in the Dallas area. AKC Reunite has donated $1,500 to Friends of Rowlett Animals, a non-profit that is providing supplies and assistance to displaced pets.

AKC Reunite, North America's largest non-profit pet identification and recovery service, offers some important advice to help your pets survive a natural disaster so there can be more happy reunions, like that of Sawyer and Lucy, and others that have raised glimmers of happiness and hope amid scenes of devastation.