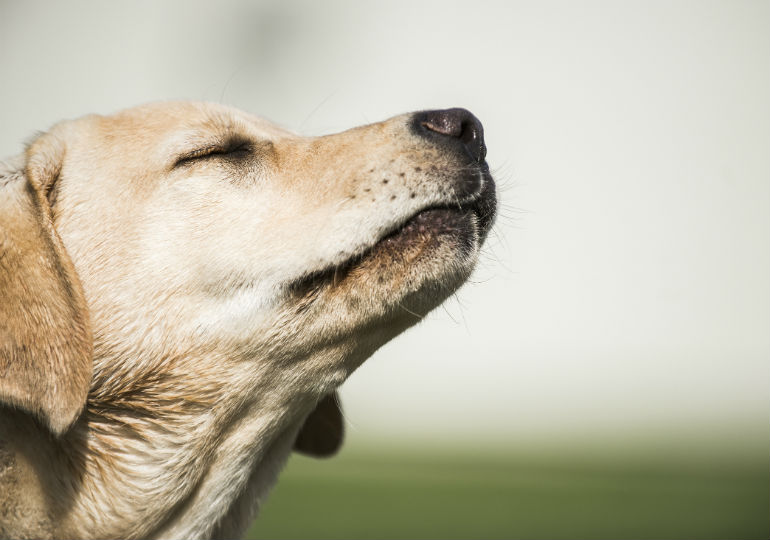 If you’ve ever tried to get your dog to notice himself in the mirror, the result was likely disappointing. Studies have previously shown that unlike chimpanzees and dolphins, dogs don’t seem to be able to recognize themselves in the mirror. This test, known as the “mirror test” or the “Gallup test” after researcher Gordan Gallup, Jr., is often used to measure the emotional intelligence of various species.

Dogs have failed the test in the past, but researchers (and an Atlantic reporter) believe it’s not for lack of self-awareness; rather, it’s because dogs “see” the world through their noses. In other words, the test wasn’t appropriate for dogs.

A new study, conducted by canine cognition researcher Alexandra Horowitz, showed that dogs were able to recognize themselves when they depended on the sense dogs know best—scent.

“Given the role of olfaction in dogs' social lives, olfactory stimuli are more ecologically relevant to the species than visual stimuli,” Horowitz wrote.

After recruiting about three dozen dogs, Horowitz presented each with a canister of its own urine and a canister of its urine mixed with another dog’s urine. She found the dogs spent more time sniffing the mixed urine than their own.

“The addition of an unexpected odour changed their sniffing behaviour toward their own odour,” she wrote.

She noticed dogs who lived with another dog sniffed their housemate’s urine for a shorter time than an unknown dog’s urine. “They spent less time with known dogs’ odour, which may indicate that, since the animals live together, their companion's odour is familiar, just as each dog's own odour is to itself,” she said.

To distinguish, she did a second experiment with fewer dogs. For that, she combined each dog’s urine with essential oil. A canister of that combination was presented as was a canister of the oil alone. Dogs spent more time with the canister that included their urine, making Horowitz conclude that the dogs were interested in a change in their urine.

So it seems dogs are more likely to smell than to see their own reflections, while we humans recognize ourselves by sight rather than smell—that is, of course, unless a shower is overdue.