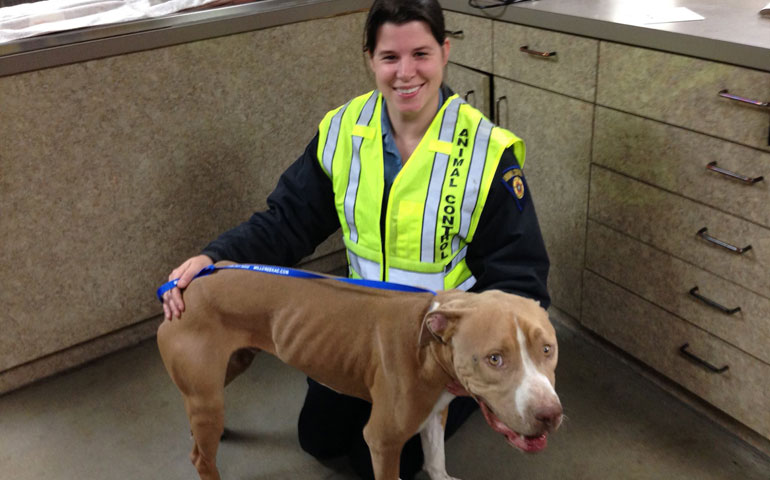 A family dog is back home after being missing from almost three weeks and surviving a jump from a 100-foot overpass.

According to the Round Rock Police Department in Round Rock, Texas, animal control officers responded to a call reporting a scared dog on a highway. Animal Control Officer Lisa Stern found the dog, named Bundy, perched on a concrete slab. When she tried to approach him, Bundy jumped off the overpass, falling 100 feet.

Bundy was found sitting on the highway

Stern brought the dog to the emergency veterinarian, where X-rays and an ultrasound revealed no injuries other than bruising. The veterinarian also found a microchip. When the family was located, they reported Bundy had gone missing on Halloween.

“Truly, a happy ending to a serious situation for a lost dog,” the police department posted on Facebook. “Thank you to everyone that called in and voiced concern for Bundy’s well-being. Great job to everyone that assisted on this call for service!”