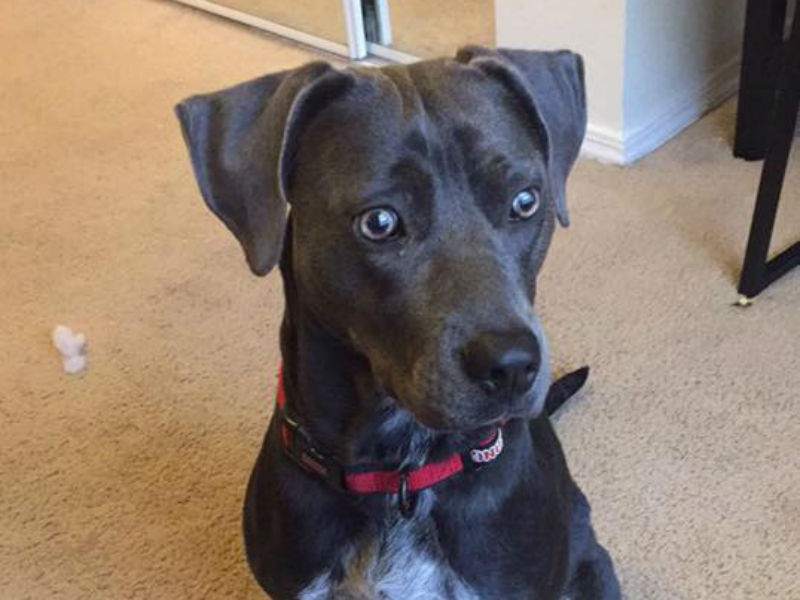 In anticipation of Hurricane Irma, Georgia Southern student Jessica Lewis was preparing to leave campus and head home to Atlanta. She had one class left for the day and then she was ready to leave, reports Mashable.

But Lewis didn’t know what to do about her dog Luna. Obviously, Luna would be accompanying her home, but Lewis couldn’t figure out the best way to go to class, get Luna, and leave, all while trying to avoid the storm traffic. So she sent an email to her professor asking if she could bring Luna to class, with adorable pictures of Luna included.

She wrote, “I realize that the answer to this is probably no, but I thought that you might actually be a cool enough professor to say yes, and so I figured it was worth a shot. Can I bring my dog to class today?”

And to Lewis’ surprise and excitement, her professor, Dr. Kennedy, had the most incredible response. “Did you think calling me ‘cool’ would get me to say yes? Because it won’t work. What will work is that SHE’S OBVIOUSLY A GOOD GIRL SO OF COURSE YOU CAN BRING HER.”

In fact, it took Dr. Kennedy only a minute to respond, and later, off to class Luna went. “Once we got there and she was in the classroom no one had a single complaint about her. She loved it,” Lewis told Mashable.

Coolest professor ever? We think so. And as for Lewis and Luna…they managed to evacuate safe and sound.