Canine Ambassador and her Vizsla Visit a Second-Grade Classroom 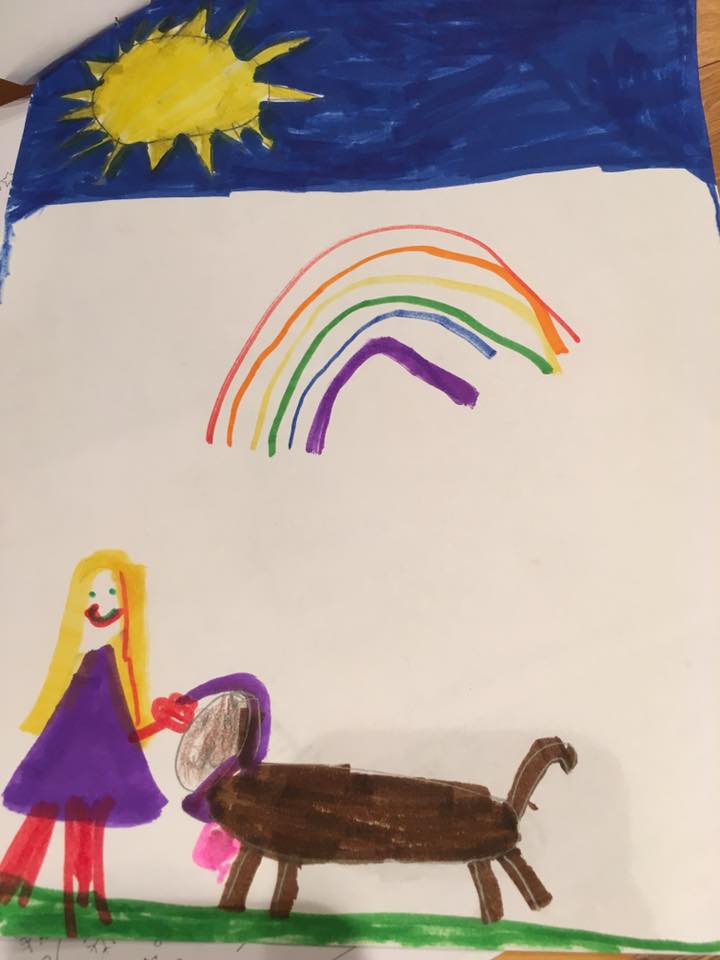 ​Stephanie Sherwood, a Canine Ambassador and member of the Kaystone Vizsla Club in Malverne, PA, visited a second-grade classroom with her Vizsla, Judit this past March and it was nothing short of adorable. Stephanie and Judit have been participating as AKC Canine Ambassadors for about a year now, visiting schools, nursing homes and partaking in various Meet the Breeds events at AKC functions. Their most recent visit to General Wayne Elementary School’s second-grade class was by far their most heartfelt and memorable.

Judit and Stephanie were greeted by a class of about 22 second-grade students, most of which were unfamiliar with the Vizsla breed.  After introductions, Judit made her rounds up and down the desks to be pet, and give “high-fives” to all the kids. They asked some great questions about the Vizsla breed, and about things specific to Judit who is quite the impressive dog, in and outside of the show ring! She is a Bronze Grand Champion in the show ring and a Junior Hunter in the field, as well as having given birth to her first litter of eight puppies last year. Three of these eight are currently showing and working towards their CH titles. Judit is very friendly and loves children, so she was delighted to be in the classroom with the kids. She especially loved to show off her obedience and novel tricks like: sit, stay, down, up, shake, touch and of course, her signature “high five”!  The pair brought temporary tattoos with them as a fun activity for the class, and everyone had a great time. The kids all learned a little bit about the history of the​ ​ Vizsla breed, as well as tips and pointers for being a responsible pet owner. Judit posed for a group photo with the class, and they were on our way, feeling great to have brightened the children’s day!

A week or so later, Stephanie was delighted to have received hand written letters, as well as some wonderful drawings from the children in the class she and Judit visited. “It brought tears to my eyes to know that they all enjoyed visiting with Judit,” Stephanie said. “She did such a great job as an Ambassador, brightening the staff, teachers’ and children's day. Judit and I are proud to represent the Vizsla breed as well as the AKC and all it stands for, with respect to purebred dogs and responsible ownership.”