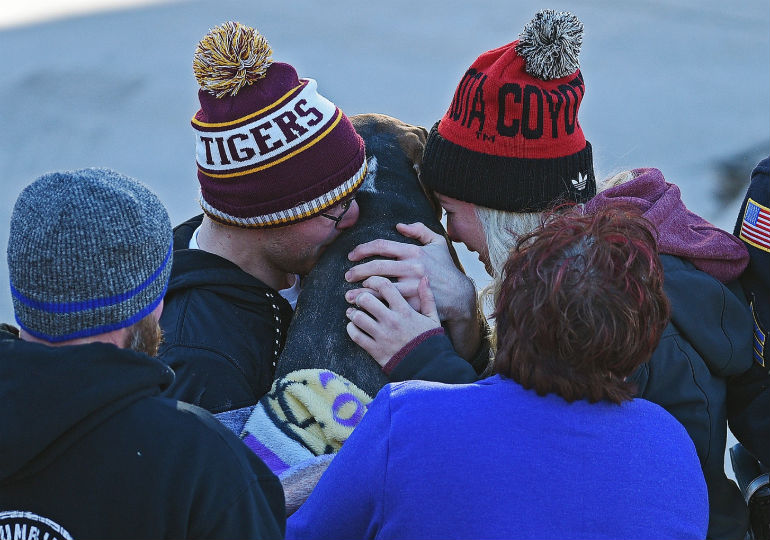 In a moment of fear and tragedy, search and rescue crews in Sioux Falls, S.D. worked tirelessly throughout the weekend to save dogs and humans alike.

On Friday morning, an apartment building that was being remodeled, collapsed. Search and rescue crews and Fire Department members were on the scene all weekend inspecting the building and trying to find anyone who was trapped in the rubble.

Luckily for the Fodness family, search and rescue was able to find all three of their dogs, who were unable to escape during the collapse. Molly, a Beagle, the last dog to be rescued, was stuck for two days until crews heard a light bark, reports USA Today.

More photos from today's rescue of a third dog at the Copper Lounge building collapse site https://t.co/Sp7rajH4If via @argusleader pic.twitter.com/YqOffH9CUS

Molly was found under a mattress, which protected her from the rubble.

Molly the wonder dog rescued after 2 days under rumble. Lucky to be protected by a mattress pic.twitter.com/DaLv9tCjyU

A special thank you to the Sioux Falls Fire and Police Departments and of course, search and rescue crews, for all their hard work this weekend!

See Molly reunited with her family in the video below.

Child With Autism Saved From Nightmares By Service Dog