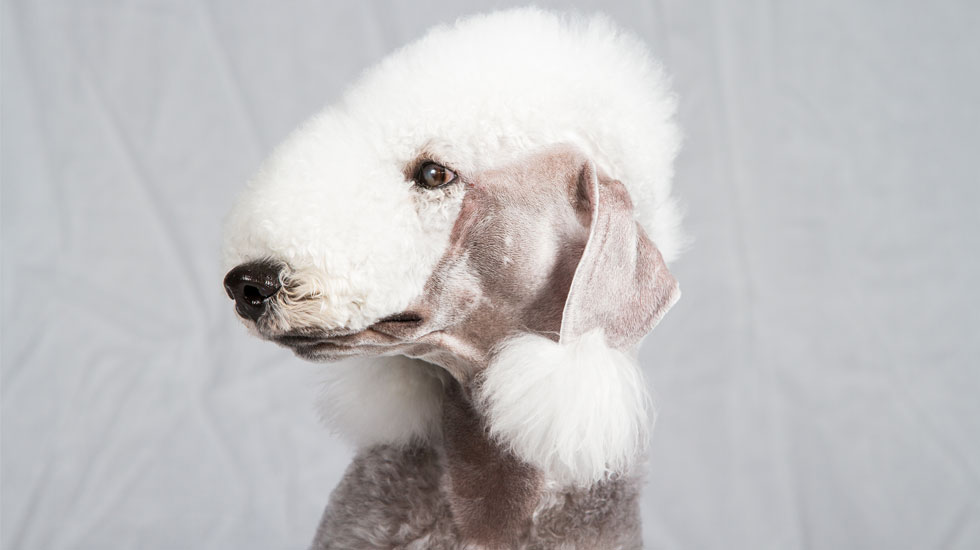 What’s frustrating for those who try to make a difference is the realization that progress occurs as a series of small steps. Sometimes they are hardly noticeable. On closer inspection you find that progress is nothing more than an accumulation of efforts by many individuals.

The process begins when someone gets an idea started and makes it popular. It usually begins with a breeder or judge who notices something that needs to be fixed. At other times it begins with someone who thinks of a new way to do something better. The important step is to find others who agree that something can and should be done. Most of the time the traditional methods usually work, but occasionally an idea is the spark that gets people motivated and excited about a trying something new.

In doing some research, I came across an article written by Arnold Burgis, editor of the American Kennel and Sporting Field, published in 1876. Here is what Mr. Burgis had to say about things that needed improvement. “It is easy enough for individuals to claim for their animals superiority of blood and qualities, and if we have no thorough test for them there can be no way of proving or disproving the assertion. Hundreds of dogs are annually put into the stud and the services sought by sportsmen who depend upon the owner's prejudiced statement, and in this way the number of worthless animals is constantly increased. It must be remembered, too, that it is possible for a dog to be of pure lineage, yet dishonor it by cur-like qualities, and either vanity or lack of experience prevents the owner from detecting this. Unprejudiced and positive tests are therefore greatly needed, and these can only be found in show and trials under judges who have the common interest so keenly in view that they will allow neither friendship nor personal bias to control the awards; men who will bear ever in mind that upon their decision will greatly depend the future reputation of the animal in the stud, and who will therefore examine carefully each specimen before them, giving due credit to beauty and blood, but in all cases where possible requiring also performance ere they pronounce a favorable verdict “.

Few would disagree with the observations of Mr. Burgis or his concerns about breeders who are kennel blind or judges who need to be more objective. These problems have not gone away and they still persist today. In many ways the problems he described have not changed, only the methods used to produce this solution.

Not all of the solutions can be found the kennel or with the judge. Many times the problems and solution are elsewhere. Let’s take as an example the specialty show. It draws larger entries for a single breed than at an all-breed show. This is because the specialty show only focuses on one breed and one standard. These shows are the gathering places for the best breeders who come to see what progress others have made. They also provide a venue where you can see problems walking around looking for solutions. It is a place of opportunity where the common interests of the group can be combined and focused on a single problem.

For example, the extra the time allowed judges in the ring is noteworthy. The pressure to hurry or stay on schedule has been removed giving judges more flexibility to evaluate their entry at a more leisurely pace without thinking about the traditional 20-25 dogs per hour guideline.

This is why the specialty show has historically been given such a place of importance in the world of dog shows and trials. These shows provide the ideal venue for those seeking specialty knowledge as well as the place to observe how judges and clubs can support a breed’s function. In this environment, many clubs are finding new ways to make breed improvements. Some are asking their judges to use parent club guidelines during the judging process to place emphasis on a special trait. Size, weight, temperament and health have been the four most popular areas addressed. Temperament concerns are being addressed in the whelping box and in the ring.

The German Shepherd Dog Club of America requires their judges to use the parent club in-ring temperament test as a condition of accepting the assignment. A videotape that describes and illustrates the procedure is given each judge prior to his/her assignment. At most of these shows the individual classes are large and judges must sort the entry to find the “keepers”. This is another opportunity for a judge to use an educational procedure. For example, some judges will change the position or rank of a dog after sending them down and back to indicate that others are better in this category.

One of the newer ideas that can help a breed is to offer a special class that impacts a breed’s function. It is called the “conditional breed” class (CB). This is a nonregular class which has a condition placed on the entire entry for that entire class. It’s like the veteran’s class, which requires that each dog in the class be at least 7 years of age. The Siberian Husky Club of America offers three veterans classes. They are divided by age with intervals at 7, 10, and 14 years of age. This is a popular class, because it demonstrates longevity, breed strength and maturity.

Some clubs have expanded on this idea and used the CB class to focus on health along with breed function. What makes it so attractive is that the winners go on to compete for Best of Breed and are eligible for the Award of Merit, Select and other awards. The real value to the CB class is the flexibility that it gives the club. The limitations and conditions placed on the entry send a message that the trait or characteristic has real importance to the breed.

For example, the German Shepherd Club of America offers three CB classes. Two are veteran classes with intervals at 7 and 10 years and older, and a third class that requires OFA hips and elbows. The focus of their efforts is on longevity and structure, which makes sense for a breed that, needs athletes to herd and perform strenuous functions. The English Setter Club of America and the German Shorthaired Pointer Club of America both require DNA certification for the entire entry at their national field trial.

PER THE SHOW/TRIAL MANUAL: “Clubs have the prerogative of establishing additional non-regular classes. The requirements for eligibility must be established and stated in the premium list. The eligibility requirements for any non-regular classes must be approved by the AKC before they appear in the Premium List….” “…The winners of single-dog-entry classes, if otherwise undefeated in the show, compete for Best of Breed/Variety…”

A number of Specialty Clubs have, as part of their eligibility requirements for nonregular classes, used parent club approved titles as a qualification – these include weight pull (titles and/or leg toward), Carting (Greater Swiss Mountain Dogs, and Rottweilers), Sled Dog (Siberians, Malamutes), Water Rescue (Newfoundlands). There are many obvious reasons to offer this class, and clubs have found that it can impact their breed in a positive way.

Another idea that is gaining acceptance involves adding more information to the show or trial catalog. This is a sharing idea. It involves adding to the catalog new information about each dog entered in the competition. The first step is to add space on the Official Entry Form. The most common use of this space is for information about DNA, OFA and CERF certifications. Those who browse these catalogs will see the added information next to each dog’s name and know more about them.

More examples could have been mentioned but it seems clear that clubs have found new ways to promote areas needing improvement with the use of a CB class and with new information added to their catalog. Combined they both work to raise levels of awareness. In the past, breeders complained that information did not exist or that others would not share it. These two ideas make more information useful and available.

Because the Internet has brought more breeders and their clubs closer together, they now are thinking about their problems in new ways. Mr. Burgis would have enjoyed seeing breeders, judges and exhibitors sitting at ringside discussing the winners of the CB class and those who were certified normal in a health area. Consider how much more an inexperienced person could learn at a show that offers a CB class. Think about a fast-paced show and the inexperienced person who is observing a class of six very good dogs and another class of six that are less then average in quality. The untrained observer would only see two classes of six being judged and the awarding of ribbons. They would not realize the differences in quality between the two classes. They would only know that each class winner will return for the final competition and the opportunity to win the championship points. With a CB class and a catalog with additional information, this same individual would be prompted to ask questions and learn more from the dogs and the breed.

As a footnote to the above, the reader should know that the AKC Advisory DNA Committee Report (September 2002) has recommended that all clubs take advantage of this opportunity to “Add space on the official AKC Entry Form for exhibitors to enter DNA profile numbers”. They go on to say “this can be done by asking superintendents to include the space needed on the Entry Form”.

More clubs are becoming aware of these new ways to help their breed make an improvement. While the cumulative effect of these efforts cannot be measured directly, when awareness levels increase within a breed, things generally begin to change. One of the guiding principles that keep most clubs and breeders working to make improvements is the reality of a phrase from our past. Those that win will be bred more than those that lose.

ABOUT THE AUTHOR 7 8 Carmen L Battaglia holds a Ph.D. and Masters Degree from Florida State University. As an AKC judge, researcher and writer, he has been a leader in promoting ways to breed better dogs. He is the author of many articles and several books and is a popular TV and radio talk show speaker. His seminars on breeding dogs, selecting sires and choosing puppies have been well received by breed clubs all over the country. Those interested in learning more about his articles and seminars should visit the website http://www.breedingbetterdogs.com