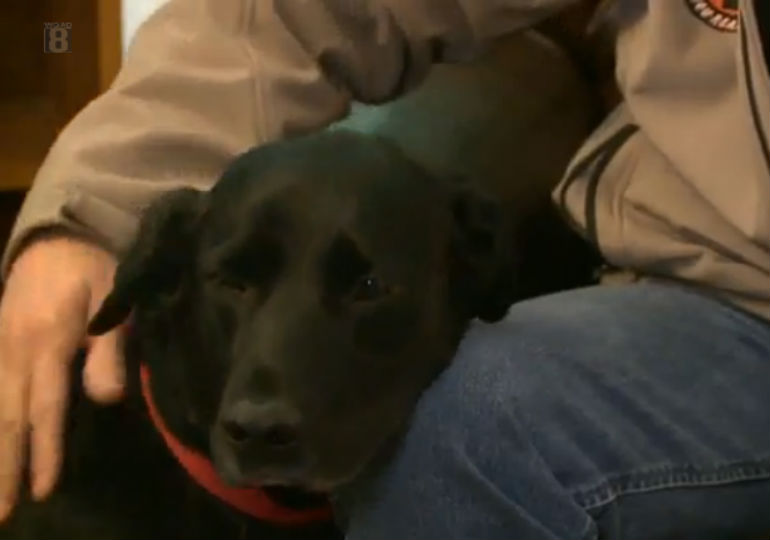 On January 17th, Marcia Allen of Bettendorf, Iowa collapsed in her backyard. She was suffering from a stroke and unable to get up or yell for help.

Luckily for Allen, she had a doggie guardian angel watching out for her. His name is Mack and he's the Black Labrador Retriever who lives next-door to Allen.

Mack was let outside by his owner, Dave Scott, to use the bathroom. Mack is usually a pretty quiet dog, but on this day, he was barking uncontrollably, WQAD 8 reports.

“It was crazy. He barked so long and so loud. It was kind of a frantic bark, he knew something was wrong,” Allen said. “He had that sixth sense that something wasn't right.”

Scott heard Mack's barking and went outside to check on him. He discovered his neighbor in distress and phoned for help.

Thanks to Mack, Allen was taken to the hospital and is now doing well in occupational therapy.

“Mack the hero, he's a wonderful dog. It was just amazing what he did, because I could have been laying out there for a long time,” she said.

See Mack the hero in the video below.

Learn more about some other canine heroes here.

Golden Retriever Saves Owner’s Life After He Falls in Snow