Why Does One Dog Lick Another’s Muzzle? 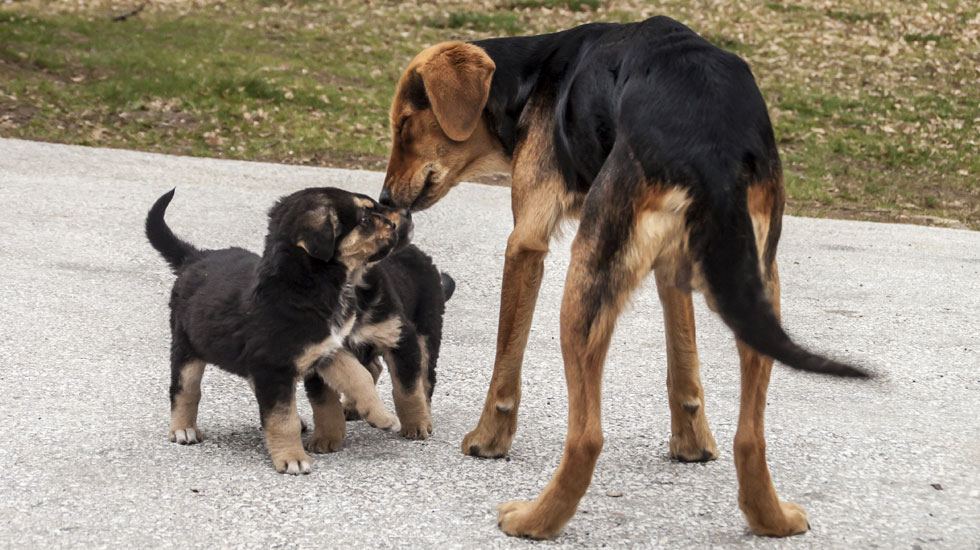 Face-licking dogs are sending a message

When a dog licks the face of another, the behavior probably can be traced to the puppy stage. A puppy’s display of licking signaled a desire to be fed. In adult dogs, it could be a sign of respect.

Wild dog puppies lick their mother's lips when she returns from a hunt, her belly full of predigested meat. This is the signal for her to regurgitate and for the family to share the spoils.

Aside from hunger pains, pups engage in this behavior in an excited, servile manner, attempting to curry their mother's favor. The behavioral display reflexively triggers the appropriate visceral response from mom, who proceeds to deliver the goods. The pups' groveling is rewarded and the behavior reinforced.

Domestic pups engage in this behavior after transitioning to solid food, and with the same result. While there are no doubt reflex connections that complete this biological loop, there are clearly cognitive aspects, too.

The pups' behavior is a well-mannered, polite request (saying “pretty please”), and is undoubtedly intended as, and viewed as, a subordinate behavior. It is a care-soliciting behavior that elicits a care-giving response by the mother.

An echo of this behavior often persists into adulthood, so that when certain deferent dogs meet a highly esteemed peer, they will often signal their utter respect in this vestigial, puppyish way.