Where Does the Dog Name Fido Come From? 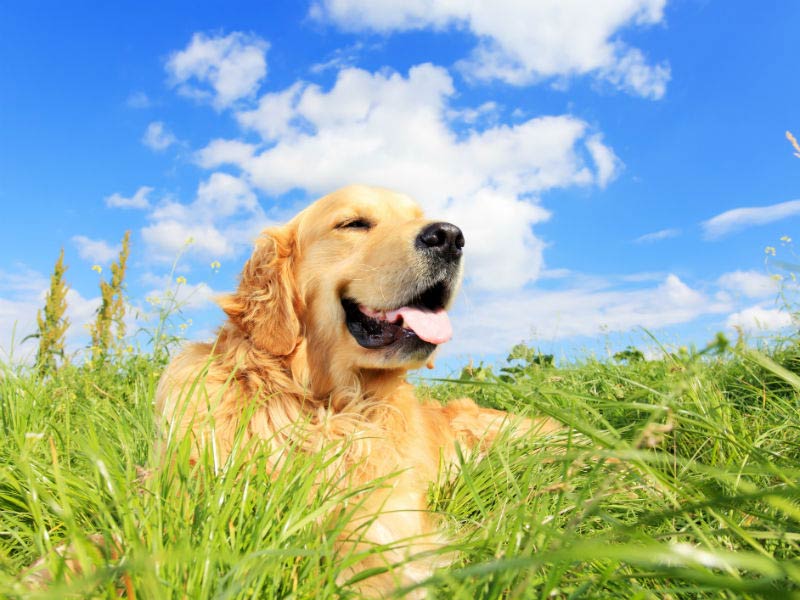 There’s no more clichéd name for a dog than Fido. In fact, it’s so overworked that people no longer name their dogs Fido. You’ll find the name nowhere on those Most Popular Dog Name Lists that crowd the Internet. When the word Fido is used today it’s usually as a slang reference to any dog.

So how did Fido gain such a firm toehold in American English that it went from a proper name to generic noun? The surprising two-word answer is Abraham Lincoln.

It turns out that in his pre-presidential life as a lawyer in Springfield, Illinois, Lincoln had a dog named Fido. From canine historian Stanley Coren we learn:

“This dog was almost always with Lincoln and the people of Springfield would report that it was a common sight to see Lincoln walking down the street with Fido walking behind, carrying a parcel by the string tied around it. A regular stop for Lincoln was at Billy's Barbershop for a haircut. Fido would settle down to wait outside patiently, although he could easily be lured into a game involving jumping and twirling when young children came by and paid any particular attention to him.”

In the run-up to Lincoln’s first presidential campaign, his political handlers worked to repackage this brilliant, ambitious railroad lawyer as a “man of the people.” They constructed the still-familiar Lincoln legend: the log cabin, the rail splitting, the prowess as a wrestler, and—what better way to humanize any candidate?—the lovable, flop-eared dog who followed Honest Abe everywhere. As Fido’s owner became the most famous man in America, “Fido” caught on among dog owners and remained a popular name for generations to come.

The name derives from a Latin word that means “to trust, believe, confide in.” Coren says, “In other words it is equivalent to calling a dog Trusty or Faithful.” (Think of the Marine Corps’ Latin motto, “Semper Fidelis”—Always Faithful.)

It makes sense that Lincoln would coin a Latin name for his dog. Though he received precious little formal schooling, Lincoln was a voracious reader blessed with a touch of genius. He taught himself his profession by devouring whatever law books he could get his hands on. This means he had at least a nodding acquaintance with Latin words and phrases. It’s likely he hit upon the name during his self-education, and it remains to this day among his enduring contributions to our language.