10 Things You Didn’t Know About the Pug 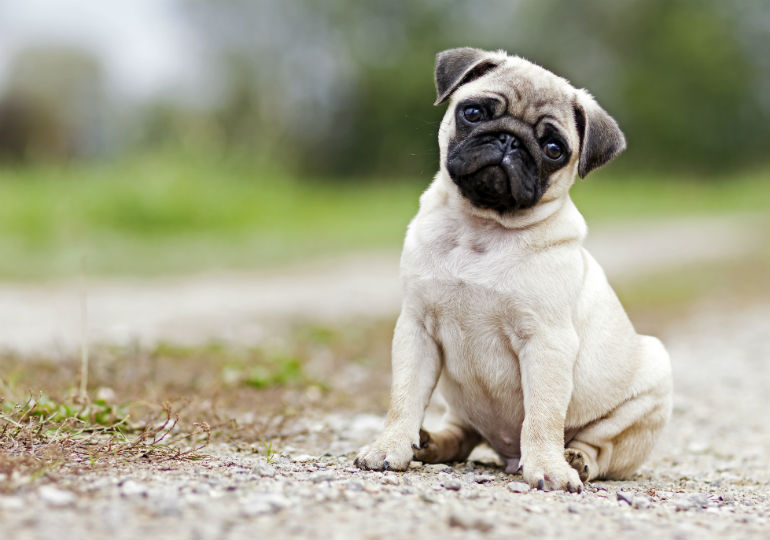 Pugs have won us over with their adorable faces, their loyalty, and their easy-going nature. But where did those qualities come from? And just how loyal is this pint-sized pooch? Here are 10 things you probably didn't know about Pugs:

1. Buddhist Monks Kept Them as Pets

The earliest records of the Pug come from China, where Pugs were pets in Tibetan Buddhist monasteries. We know that Pugs have existed since at least 400 B.C., making them one of the oldest dog breeds.

2. They Were Bred To Be Lap Dogs

The original purpose of Pugs was to serve as lapdogs for Chinese emperors. This is why Pugs don't need as much exercise as other breeds.

3. Their Face Wrinkles Are a Badge Of Honor

Pugs have wrinkled faces because Chinese breeders purposely bred them that way. They actually aimed to create a pattern of wrinkles on the dogs' foreheads, which resembled the Chinese character for “prince.”

4. Their Name Probably Comes From Their Facial Expression

The most popular theory about the breed's name is that it came from marmoset monkeys, which were also known as Pug monkeys. Marmosets were popular pets in the early 1700s, and their faces look very similar to the faces of Pug dogs.

The first Prince William of Orange led the Dutch in a successful revolt against the Spaniards in the 1500s. Spanish soldiers attempted to assassinate William in Hermingny in 1572, but William's Pug, Pompey, thwarted the attempt. The assassins attempted to sneak up to Prince William's tent, but Pompey heard them and began barking. Because of Pompey's heroism, the Pug became the official breed of the House of Orange.

6. Napoleon's Wife Had a Feisty Pug

Napoleon's wife, Josephine, had a loyal and protective pet Pug named Fortune. When Josephine was in prison during the Reign of Terror, before she and Napoleon were married, Fortune carried messages from the prison to Josephine's first husband. Fortune is most famous for biting Napoleon on the couple's wedding night, after Josephine refused to exile her beloved dog from the marriage bed.

7. Many Other Famous People Have Owned Pugs

8. Pugs Were a Symbol of the Freemasons

After the Catholic Church forbid Catholics from becoming Freemasons, a group of Catholics decided to form a covert Freemason society called the Order of the Pug in 1740. They chose the Pug as their symbol because Pugs are loyal and trustworthy. To be initiated into the order, you had to wear a dog collar and scratch at the door.

9. They Are Not Related To Bulldogs

Pugs are sometimes called “Dutch Bulldogs,” but this is a bit of a misnomer. DNA testing has proven that Bulldogs and Pugs are not actually related. The Pug does have the same stocky shape, flat face and wrinkles as the Bulldog, but Pugs share their origins with the Pekingese, not the Bulldog.

As if Pugs couldn't possibly get more adorable, put them together and they make an adorable grumble.