A Tail… and More! 8 Things You Didn’t Know About the Cardigan Welsh Corgi 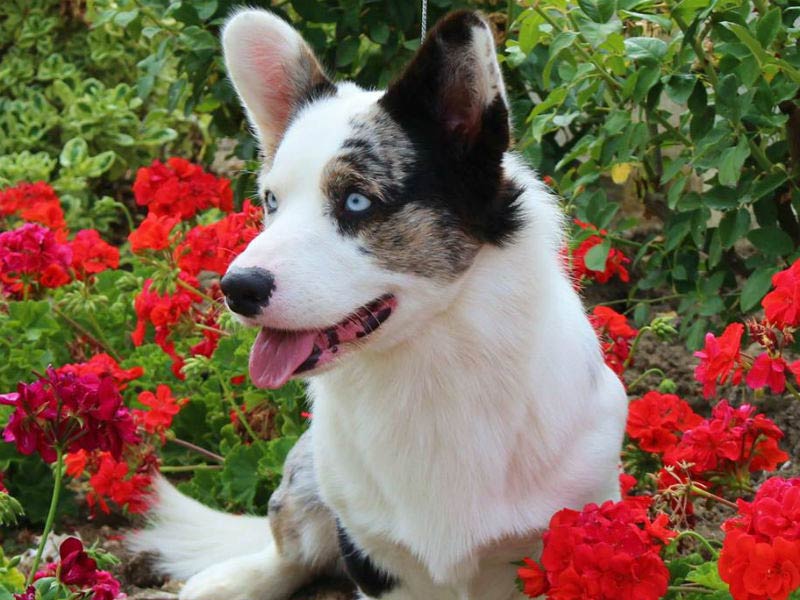 When you hear “Corgi,” do you think of the fawn-colored dogs always trailing behind Queen Elizabeth II? Did you know that the Pembroke Welsh Corgi is actually only one of two different breeds of Corgi? The second breed is the Cardigan Welsh Corgi.

Check out these fun facts you may not have known about the Cardigan Welsh Corgi.

Often called the “Corgi with a tail,” this breed's tail is an easy way to distinguish the Cardigan from their Pembroke cousins.

2. They Have Been Known in Their Namesake Land for More Than 3,000 Years

The Cardigan Welsh Corgi came to Cardiganshire with the Celts from Central Europe in around 1200 B.C. This makes them the older of the two Corgi breeds and also one of the earliest breeds in the British Isles.

3. They Were Originally Trained to Drive Cattle Away, Instead of Herd Them

Hundreds of years ago, the royal family in Wales owned practically all land, and farmers were allowed to fence off only a few acres surrounding their property. They could however, let their cattle graze on the remaining common land. With the competition for pasture between farmers, the Cardigan Welsh Corgi was trained not to herd, but to nip at the heels of the cattle and drive them far across the land.

The Corgi was named “cor” for dwarf (or perhaps “cur” for working dog) and “gi” for dog. Cardigan Welsh refers to their homeland.

Ancient Welsh law called for severe penalties to anyone who harmed or stole the Cardigan Welsh Corgi, because his talents could help determine his family's economic status.

6. Their Ears Are Amazing

Not only are the Cardigan's big ears adorable, but they are also extremely useful. They have incredibly acute hearing that can distinguish between familiar sounds and strange noises, making the Cardigan Welsh Corgi a great watchdog. They also have used their hearing to roll out of the way from an approaching kick from a cow.

7. They Have Had Three Different Group Designations

The Cardigan Welsh Corgi, recognized by the AKC in 1935, was originally in the Non-Sporting Group. They were later moved to the Working Group, and then the Herding Group, where they now reside.

8. They Can Do a Lot With Those Little Legs