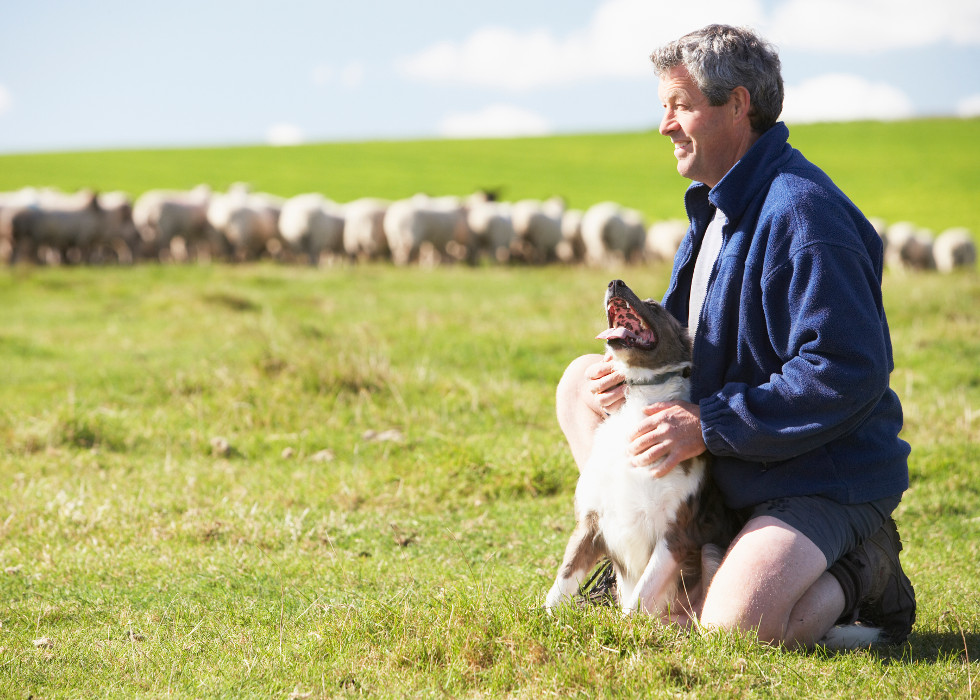 The breeding of herding dogs is a pursuit as old as civilization itself. Over thousands of years, shepherds around the world have created dozens of breeds capable of moving flocks and herds from pasture to pasture. Considering the many traits required to do such work—intelligence, trainability, stamina, strength, agility, to name a few—a reliable working stock-dog can be seen as one of the true masterpieces of the breeder’s art. In the following vignette, originally published in the AKC Gazette, author Lori Herbel presents a Border Collie doing what Border Collies were bred to do. Herbel is one of the nation’s foremost authorities on herding as a sport and a way of life.

It is the end of another long summer day. The lengthening shadows signal that the time has come to gather the flock from the fields for the evening. The sound of an occasional distant bleat from the farmyard encourages wooly stragglers in as the shepherd walks through the lush pasture, directing his faithful canine companion to this last task of the evening.

A quiet rustling in a nearby grove of trees, nearly inaudible to the human shepherd’s ear, instantly draws the attention of the Border Collie away from the ewes already gathered in the field. It is an inherited knowledge passed down by generations of working ancestors that tells the dog with no uncertainty that his work in this pasture is not yet done.

His body easily drops into a tense pose, not unlike that of a silent predator stalking its prey. All movement ceases in the field as his intense, mesmerizing gaze locks on to something seen only by his keen eye. One foot hovers gracefully above the grass, ready for the slightest call to action.

It is this moment that he lives for, that his entire existence is based upon. It comes so easily to him, this uncanny ability to unlock the hidden thoughts of the wooled creature standing before him. A strong instinct guides him as he anticipates and control their every move with calm, efficient precision. Although the sheep react with uncertainty at first, the two species quickly and quietly develop a mutual respect.

With the help of his master, the fleet-footed guardian of the flock collects the last of the lingering ewes. The desire that leads him is a desire like none other. It is impossible to watch a herding dog in this element without being awed by the wonder and mystery of it all.

Truly, the greatest reward at the end of the day is a pat on the head by a gentle, weathered hand and a soft, “Good job, boy. That’ll do, lad. That’ll do.”