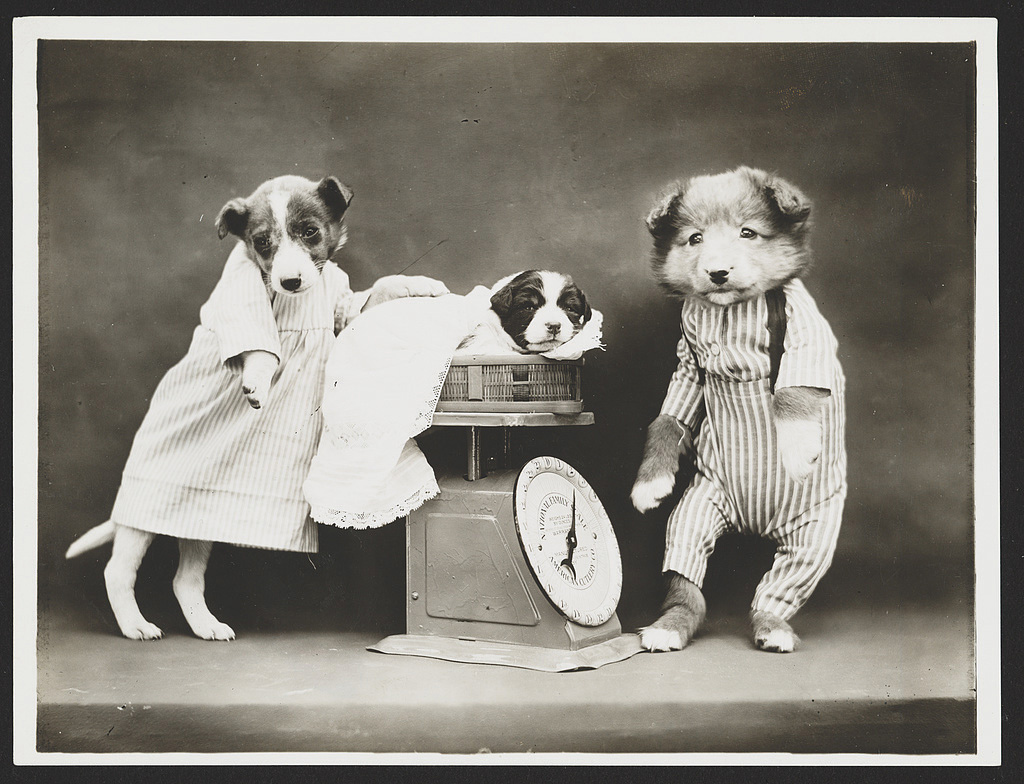 If Harry Whittier Frees were born in 1979 instead of 1879, he’d be the reigning king of dog memes and lolcats.

These shots were taken 100 years ago, when the eccentric photographer’s work was going viral in the form of picture postcards. Like today’s Instagramers, Facebookers, and Photoshoppers, Frees built his fame by exploiting new technologies: in his case, breakthroughs in photographic mass production that revolutionized publishing in the early 20th century.

Painstakingly staged, expertly shot—and completely, weirdly, and wonderfully demented—Frees photos became such a staple of American pop-schlock culture that colorized versions appeared in children’s books as late as the 1960s.

For more vintage photos, visit the Times Past section of the AKC Gazette microsite.