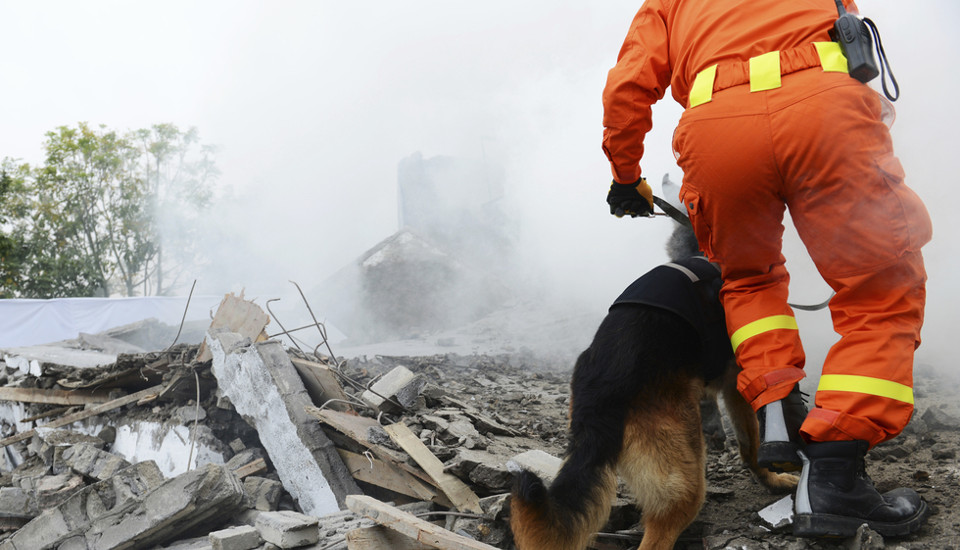 As more military veterans have returned from war zones, there is an increased awareness of PTSD.

Most people know that PTSD occurs with humans, but did you know that canines can also suffer from PTSD? An estimated 5% of working dogs returning from war zones have PTSD.

And now, many animals that lived through the tornadoes in Oklahoma have PTSD symptoms. Symptoms of PTSD in dogs can include: panic, panting, fearfulness, being timid and clinging to their owners, aggressive reactions in dogs that were never aggressive before, depression, and hyper-vigilance (especially for working dogs and guard breeds). Working dogs such as military and police K9 dogs with PTSD will often ‘shut down’ and refuse to work.

The treatment for these dogs has 2 parts: 1) medication for extreme cases. Veterinarians will prescribe an anti-anxiety medication that is paired with a behavioral program. When the dog has improved, the medication is faded out, and  2) a behavioral program that involves Systematic Desensitization. Desensitization involves exposing the dog to the problem stimulus and gradually increasing the exposure. If a noise was the problem, the animal behaviorist would start by presenting the noise at a very low level. Food reward is paired with the dog tolerating the noise. The sound is presented so that it is slightly louder with each presentation.

In addition to Systematic Desensitization, another important part of the behavior plan for PTSD dogs is daily exercise, play sessions, and positive reinforcement training.

Citizen Canine trainers, have you worked with any PTSD dogs?